Essendon captain Dyson Heppell‘s spot in the side has been questioned after another alarming defeat, with the club’s leadership group once again accused of lacking honesty.

The Bombers’ season from hell continued in round nine, with the 58-point loss to the Sydney Swans leaving the team in 16th position on the ladder with a 2-7 record.

It was meant to be a momentous occasion for Heppell, who was playing his 200th game, but ended up being a night to forget despite the left-footer picking up 23 disposals.

Despite averaging 23.1 disposals per game, Heppell’s inconsistent form has mirrored that of his team, and North Melbourne great David King questioned whether the 30-year-old was still good enough to be in Essendon’s back six, calling it an “awkward situation”. 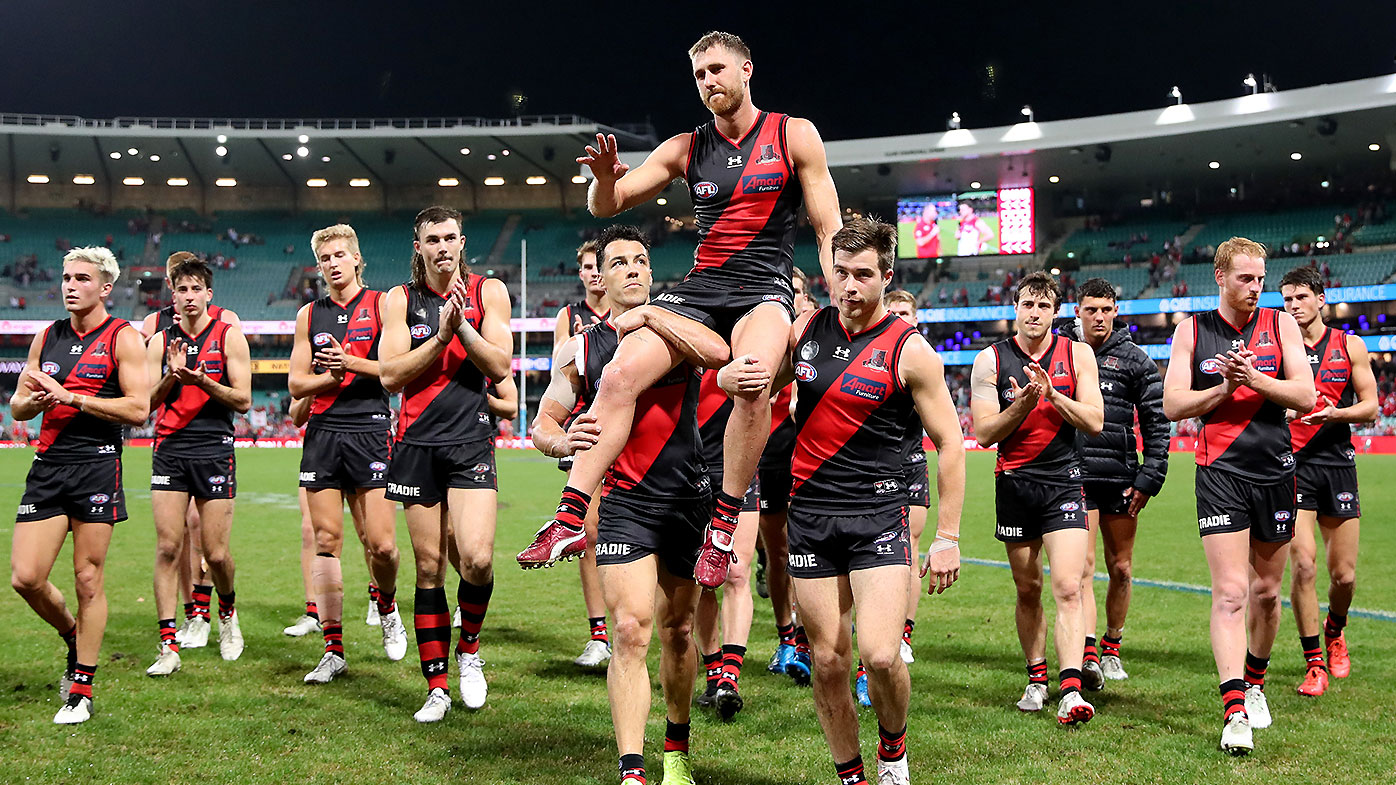 “Let’s start with the captain – is he in their best half-back group? Does he have a role in the team at the moment?” King asked on SEN’s Whateley.

“He’s not damaging by foot, he can’t stop a man, he’s getting his positioning wrong regularly and being made to look second rate because the ball movement’s coming so fast and the midfield’s not putting any pressure on. Everything’s working against him.”

King echoed the worries of Bombers great Matthew Lloyd, who told star midfielder Andrew McGrath earlier in the season that he believed the team lacked honesty.

“How honest are they internally?” King asked. 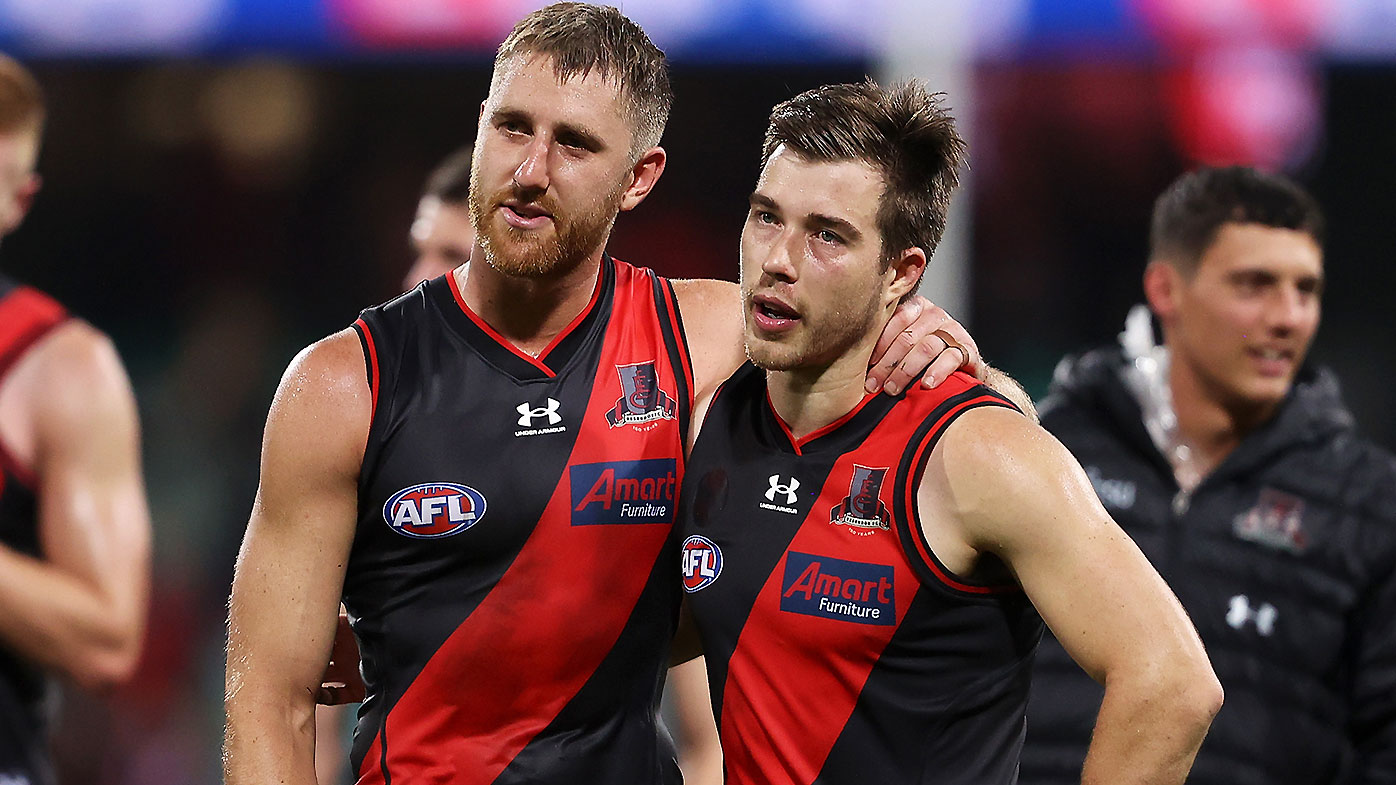 “What does Ben Rutten say to Dyson Heppell? Do they move him to the wing? Do they reset him in the midfield? Do they say, ‘we don’t know where you are’?

“Let’s call a spade a spade – what is his best position for Essendon right now? No one’s got the answer. They’re the sort of conversations you need to have.

“When your captain is not influencing, you’re in a world of pain. Are they honest enough at Essendon to sit down and talk facts and sense and have those hard conversations? I don’t think they are.

“I think they live a lie a little bit, the Bombers, I don’t know if their leaders are absolutely honest with the group.