TV cameras have captured the moment a runaway golf cart made a big splash on the PGA tour – literally.

As a group was putting out on the par-3 16th during the first round of the Travelers Championship, both the golfers and the gallery became distracted by something happening in the crowd.

The broadcast then cut to the moment the cart plummeted down a hill and into a pond having suffered an apparent park brake failure.

The scene becomes comical as several bags float to the surface as the cart disappears beneath it.

While park brake failure has been blamed for the crash, social media speculated if the brake did indeed fail, or if an attendant only failed to set it.

A brave spectator looked like he wanted to attempt to stop the cart moments before it crashed into the pond, but wisely decided against it.

“You don’t see that everyday,” the commentator said on the coverage. 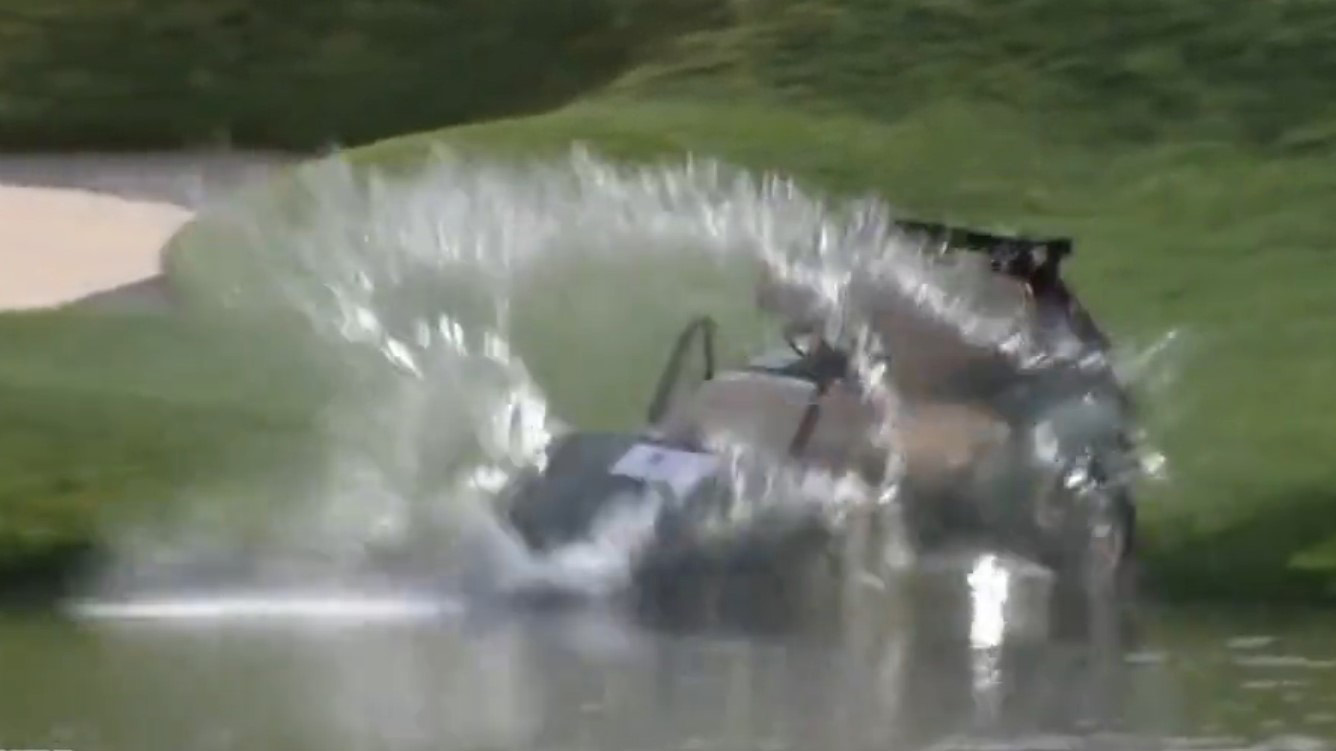 Meanwhile, Rory McIlroy fought off a sinus bug to shoot an 8-under 62 for a share of the first-round lead with J.T. Poston.

Coming off a fifth-place tie in the U.S. Open, McIlroy had a bogey-free morning round -highlighted by a 47-foot birdie putt on the par-4 seventh.

McIlroy matched the lowest opening round of his PGA Tour career.

“It’s like U.S. Open rehab coming here,” the four-time major champion said. “I like coming here the week after the U.S. Open, it sort of gives you an opportunity to shoot low scores and get after it.”

Starting on the back nine, Poston had five straight birdies from the 13th-17th and made the turn at 6-under 29, giving rise to thoughts of Jim Furyk’s record 58 on the same TPC River Highlands course in 2016. Poston parred the first six holes on front nine and birdied the seventh and ninth to also cap a bogey-free round. 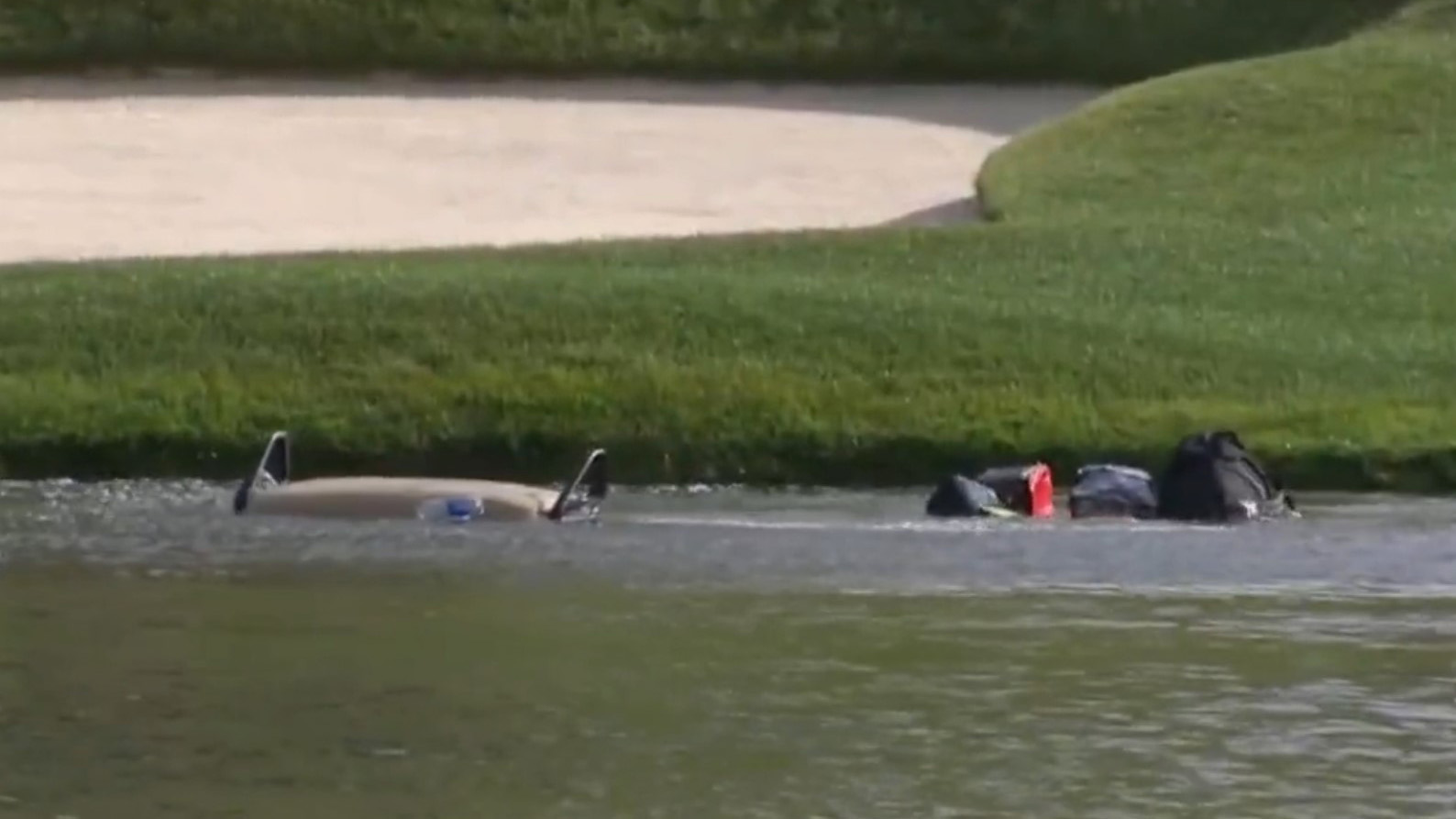 “I gave myself a few looks, but kind of made a bunch of pars to start the front, so that was kind of out of the picture after a little while,” Poston said.

“I might have thought about it a little more if I had made a couple of early birdies.”

Xander Schauffele and Martin Laird were a stroke back.