Ash Barty has rubbed shoulders with some of the biggest names in sport after a successful outing at the Icons Series golf event in the United States, further fuelling rumours she could be set for a code switch.

The tournament was Barty’s first return to the sporting stage since she shocked the tennis world by announcing her retirement from the game in March at just 25.

Barty is renowned for being talented at a number of sports, having played both tennis and cricket at a high level, and showed she is a more than capable golfer, holding her own as the only female athlete in action at the Icons Series. 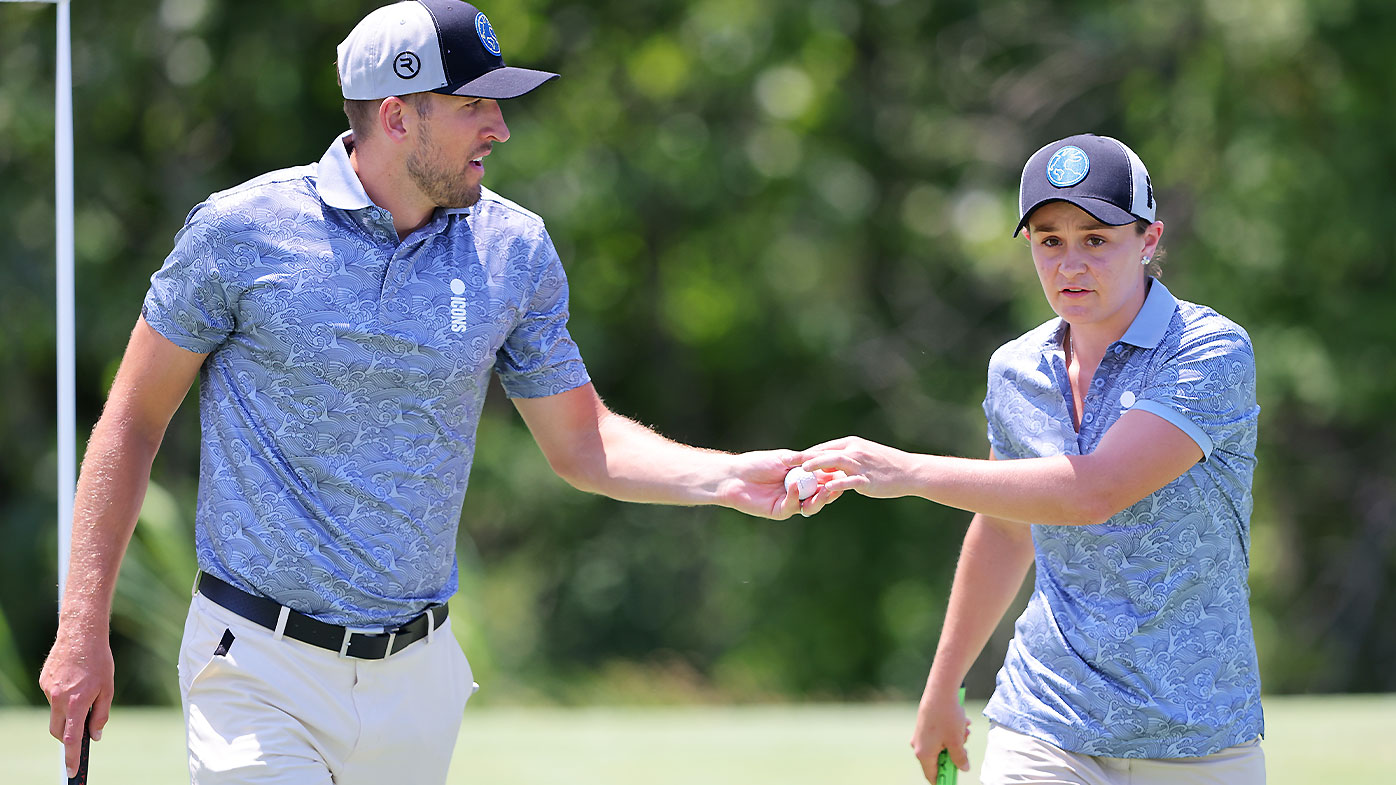 Former Masters champion Fred Couples is the captain of the American team, while four-time major winner Ernie Els is leading the world team.

Barty teamed up with Kane, with the pair winning their “Greensome” tie, before losing their four-ball match-up to former baseball pitcher John Smoltz and Smith.

The tennis icon then teamed up with Ponting, but the pair also lost their fourball match-up to former NFL players Reggie Bush and Michael Vick.

Team USA ended the first day of action with a 10-5 lead over Team World, with day two set to get underway from 4am on Saturday morning AEST.