The NRL career of Bulldogs debutant Declan Casey began on a sickening note when the youngster was knocked out by a monstrous Andrew Fifita run on Saturday afternoon.

The 22-year-old was stretchered from the field on a medicab in the 52nd minute after Fifita unleashed a legal but brutal hit-up off a kick-off.

The right shoulder of the former Test and State of Origin prop cannoned into Casey’s head at a great force, leaving him motionless on the CommBank Stadium turf in wild weather conditions.

Bulldogs general manager of football Phil Gould revealed on Twitter that Casey was OK, but the incident left a sour mark on a contest won by the Sharks 18-6. 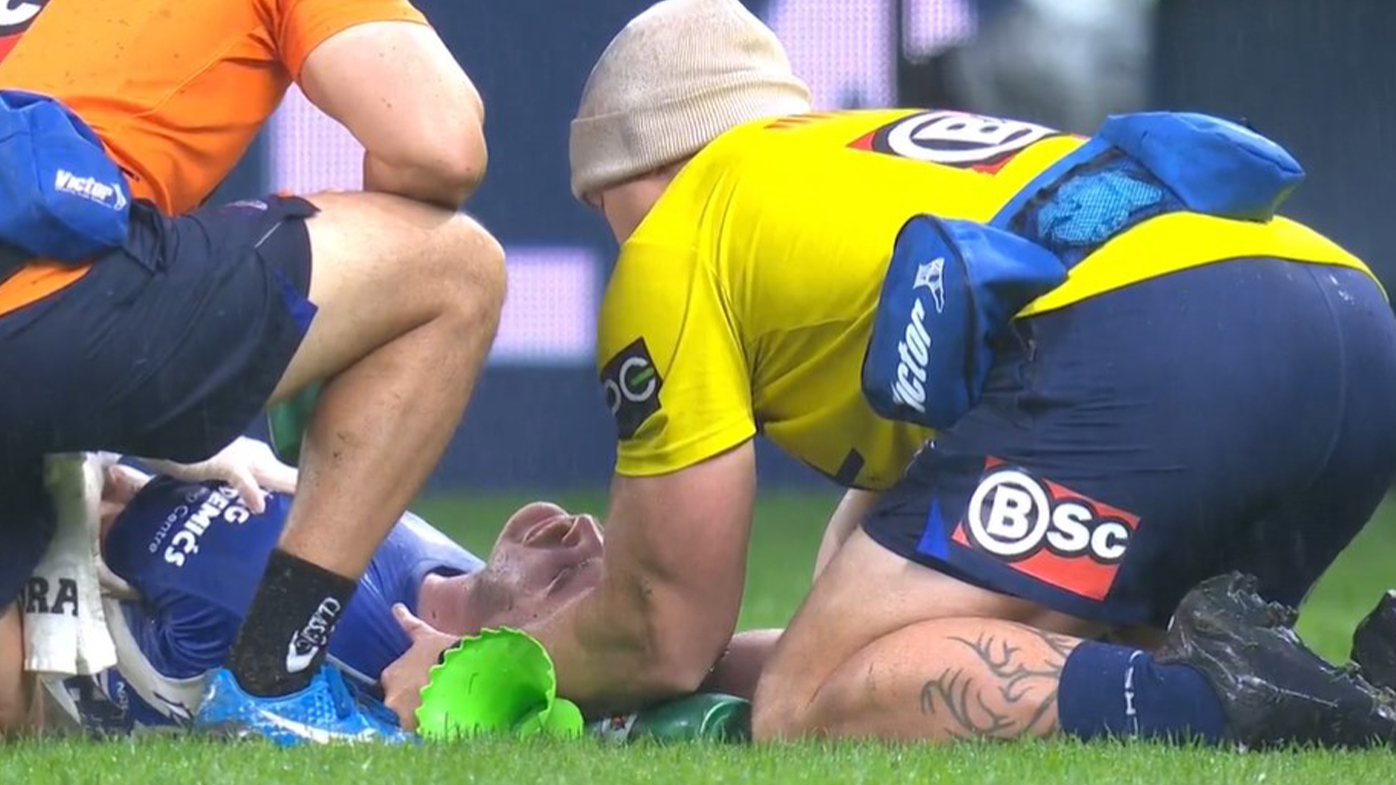 “Oh no. He’s left some damage in the rear-view mirror. There was some big contact,” said Fox League caller Matt Russell.

“There’s going to be a Bulldog forced out of the game and sadly it’s the debutant, Declan Casey.”

Legendary Balmain front-rower Steve Roach had praise for both Fifita and Casey.

“That’s the way you run the ball back from a kick after you’ve scored a try,” Roach said of Fifita, whose run followed a Sione Katoa four-pointer. 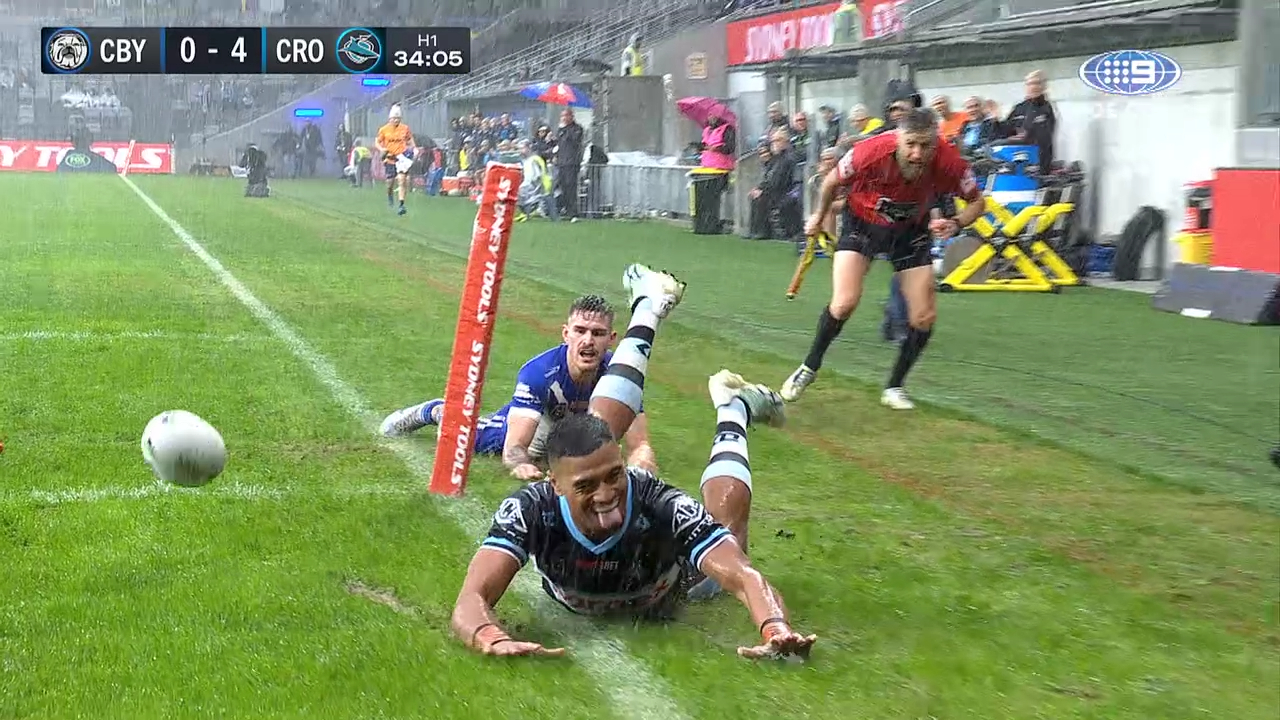 “He’s a hard man to tackle.

“There’s no lack of courage from the young fella … put yourself out there, a man charging onto the ball like that in Fifita, experienced player, been around for an age, knows how to use his body properly, just have a look how he dipped his shoulder and his hip into Casey. You feel for the young fella, but what a courageous effort.”

Cronulla’s win ended a two-game Canterbury win streak, after the Bulldogs enjoyed a revival in beating the Eels and Wests Tigers.