The return to Test rugby of controversial former Wallaby Israel Folau lasted less than 30 minutes on Saturday before he was injured during Tonga’s 36-0 loss to Fiji in the Pacific Nations Cup.

Folau took the field on the right wing for Tonga in his first Test match since 2019.

The 33-year-old star scored 37 tries in 73 Tests for Australia before returning to rugby league amid controversy over homophobic social media posts. Folau played for the Catalan Dragons in the European Super League before switching back to rugby with the Shining Arcs in the Japan professional competition this year.

Changes in World Rugby eligibility rules allowed him to return to Test rugby and he did so among nine players making their debut for Tonga.

Folau left the field with a leg injury in the 27th minute and was replaced by Tima Fainga’anuku who made his debut for Tonga on the same day his brother Leicester was due to make his Test debut for New Zealand against Ireland. 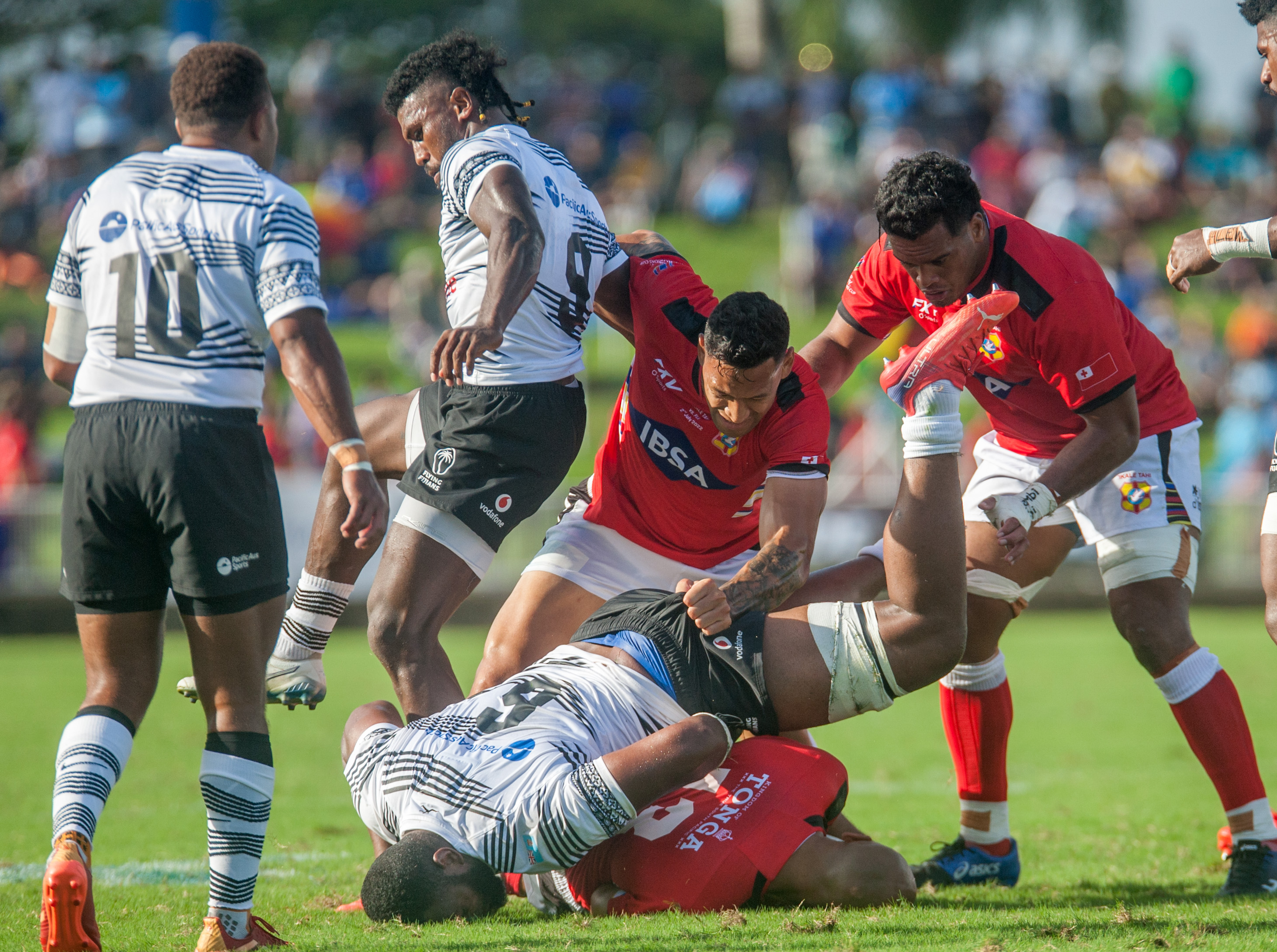 The former All Black Charles Piutau, reportedly one of the highest paid players in British rugby, also made his debut for Tonga on Saturday.

That firepower wasn’t enough to hold out Fiji who were playing a Test at home for the first time in almost three years.

Fiji made an explosive start, scoring three tries to lead 19-0 after only 24 minutes.

Fiji took advantage of Tonga’s shaky scrum and lineout to control possession in the early stages of the match.

Centre Kaliveti Ravouvou finished a movement which swept almost the length of the field in the 24th minute for Fiji’s third try.

The move began when Fiji turnover over a Tonga lineout five meters from their goal line and Ravouvou pounced on the ball when it was knocked back towards the Tonga goal line.

Setareki Tuicuvu scored the first try of the second half after lead-up work by Fiji captain Waisea Nayacalevu and winger Vinaya Habosi completed the scoring, running off a pass from Suliasi Vunivalu.

Earlier, Nigel Ah-Wong scored an intercept try two minutes from fulltime to give Samoa a 31-26 win over Australia A in the opening match of the tournament.

Samoa led 19-7 at halftime but Australia A rallied to level the score at 26-26 with a try to James Tuttle in 77th minute.

Australia A swept onto attack from the re-start but Ah-Wong snatched a pass from Lalakai Foketi out of the air and dashed almost 80 meters to score the winning try, his second of the match.

Samoa opened the scoring after only five minutes with a try to hooker Seilala Lam and extended its lead in the 21st minute with Ah-Wong’s first try.

Bac rower Fraser McReight scored for Australia before Samoa increased its lead to 19-7 at halftime with a try to D’Angelo Leuila.

McReight’s second try and another to Ryan Longergan allowed Australia A to level the score midway through the second half.

Samoa drew ahead again in the 69th with a try to Jonathan Taumateine, leading 26-19 until Tuttle’s late try and Ah-Wong’s second decided the match.