Essendon star Zach Merrett has admitted the team’s leaders need to stand up after playing a starring role in a stunning comeback win over the Sydney Swans.

The young Bombers looked headed towards another heavy defeat when they trailed the Swans by 26 points in the early stages of the second quarter, before a spirited final quarter led the home side to a 15. 5. (95) to 12. 14. (86) win at the MCG.

Merrett was central to the Bombers’ efforts, finishing the match with 24 disposals, six marks and three goals, while Peter Wright and Jake Stringer were the team’s other multiple goal-kickers.

Following his match-winning effort, Merrett, currently the Bombers vice-captain and the likely future captain, offered an honest assessment of what’s been a disappointing year for his side. 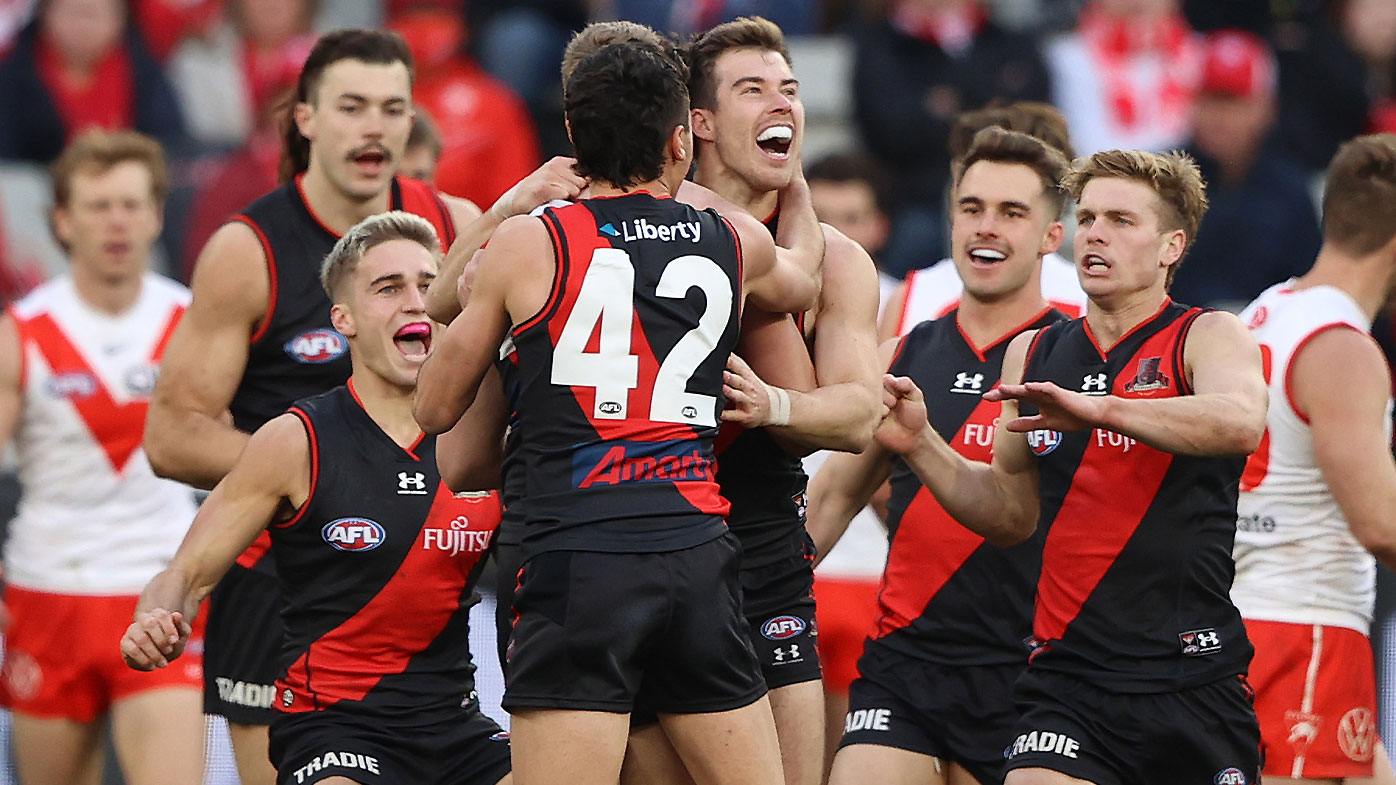 “When you’re 3-11 obviously the fish rots at the head and as leaders we haven’t been standing up enough for this young group,” he told Fox Footy.

“There’s obviously a lot written about us as leaders and it’s time that we responded and start to set the standards for these younger boys to follow. It was nice to get a bit of reward today.”

There was an added revenge factor in the match for the Bombers, with the clash the first against Sydney since Swans midfielder Luke Parker infamously mocked Essendon’s Dylan Shiel earlier this season.

Merrett admitted that Parker’s act had been brought up mid-week by Essendon coach Ben Rutten. 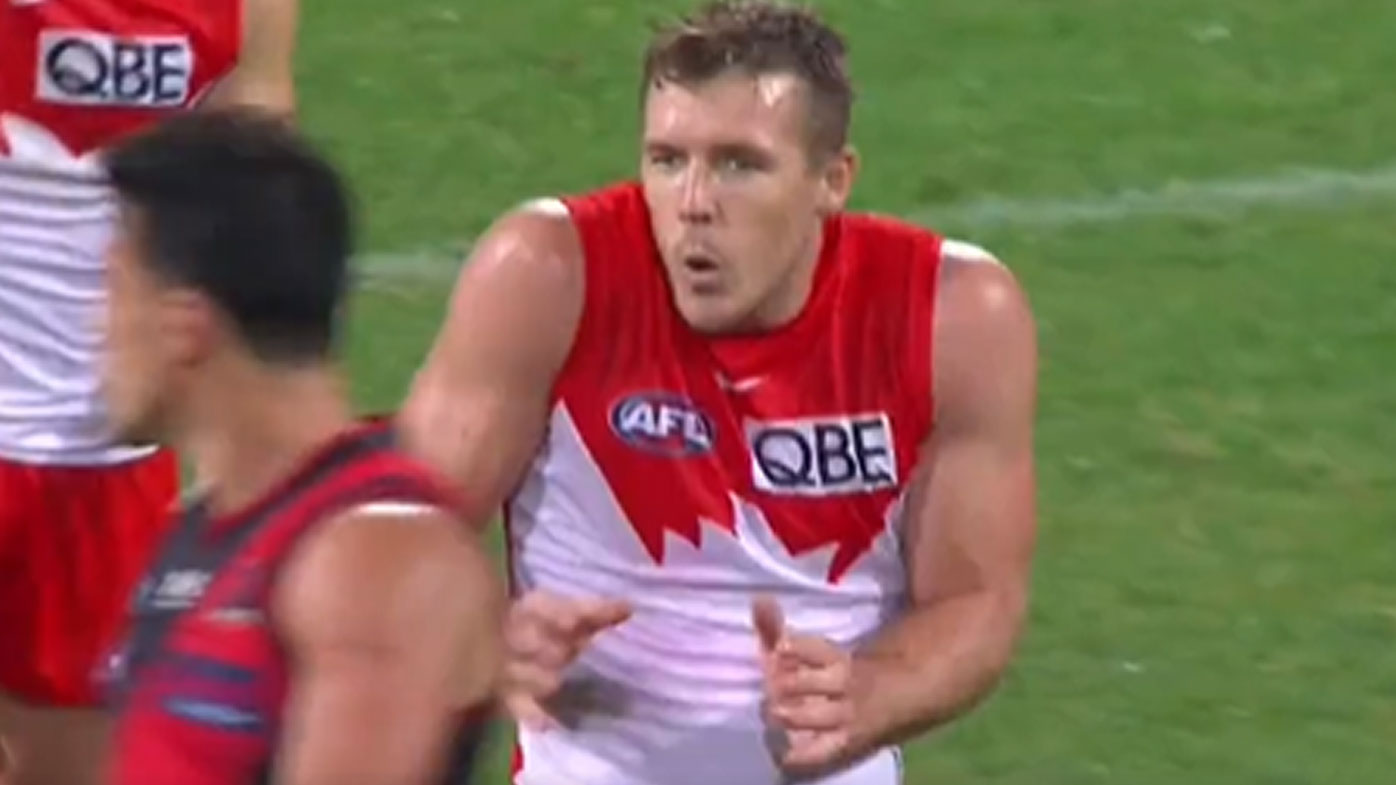 “It was a blessing we got to play them six or seven weeks later after they embarrassed us up in Sydney,” he said.

“There was a fair bit of soul-searching after that game personally and as a team and the club, to be honest.

“To respond now, the job is clearly nowhere near done (we’re) still at 4-11, but hopefully it sets us up for a big second half of the year.

“Getting some really good games into the younger players is exciting and hopefully the fans will start to enjoy the way we’re playing.”

Parker finished with 26 disposals and was one of Sydney’s best, but in the end it was the Bombers who had the last laugh in his 250th career match. 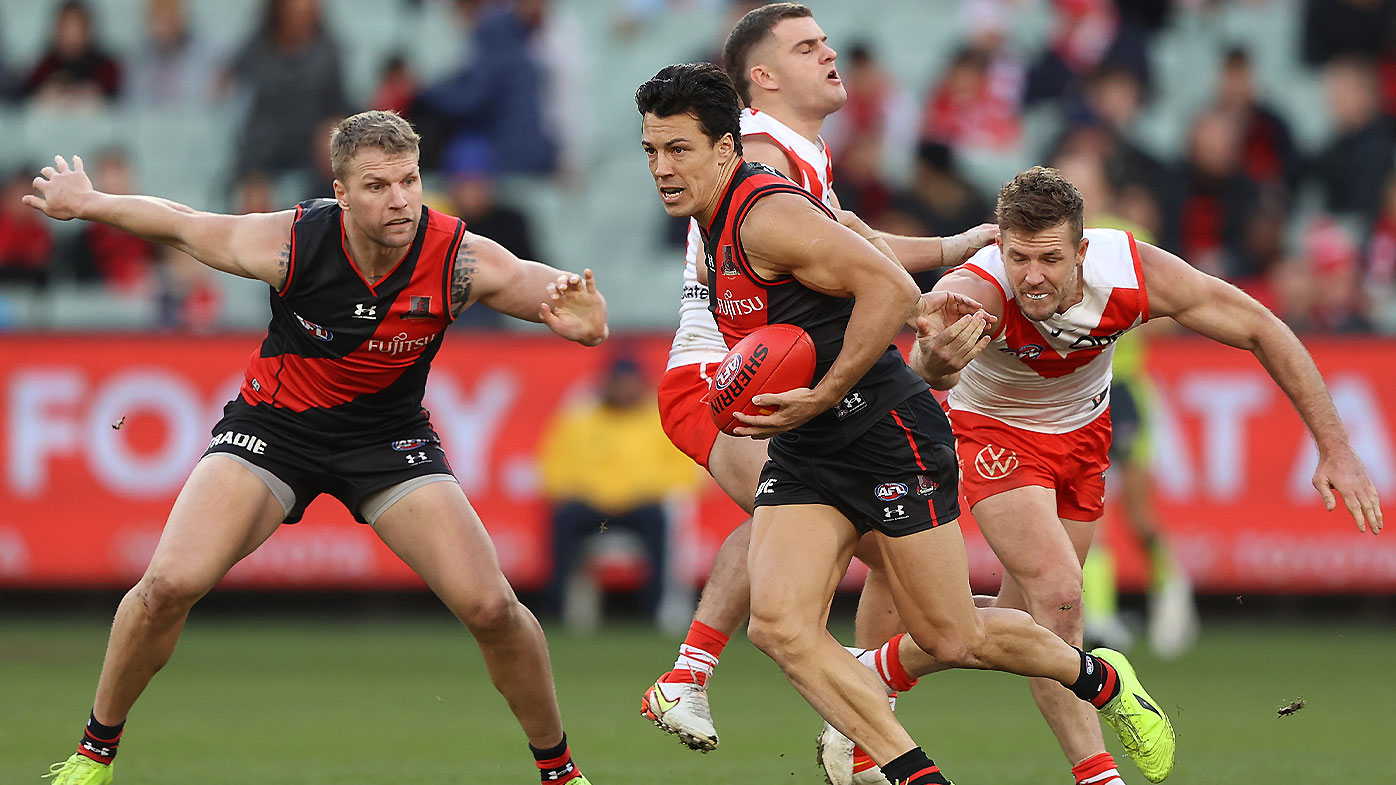 Hobbs collected over 11 of his 19 touches in the fourth quarter after being inserted into the engine room with the match on the line despite being a late inclusion for Archie Perkins after he was initially dropped from the team.

“Personally, I felt sorry for him when he got dropped,” Merrett said.

“I feel like the older players and senior players need to be responding and performing stronger, but it was good to see him get back in.

“He stood up. He got to play on some really good players in the comp like Luke Parker and Mills and it was good exposure for him.”