Penrith winger Brian To’o is the latest high-profile player to opt out of the chance to play for either Australia or New Zealand, instead declaring his allegiances to Samoa.

“Most definitely I’ll be playing in the World Cup, and I’m going to be putting on the red and blue jersey of Samoa,” he told Triple M.

To’o has been one of the standout wingers in the competition since bursting onto the scene in 2019, and would likely be in the selection frame for the Kangaroos, should he have wanted to be.

But the call to play for Samoa, he said, was due to personal reasons. 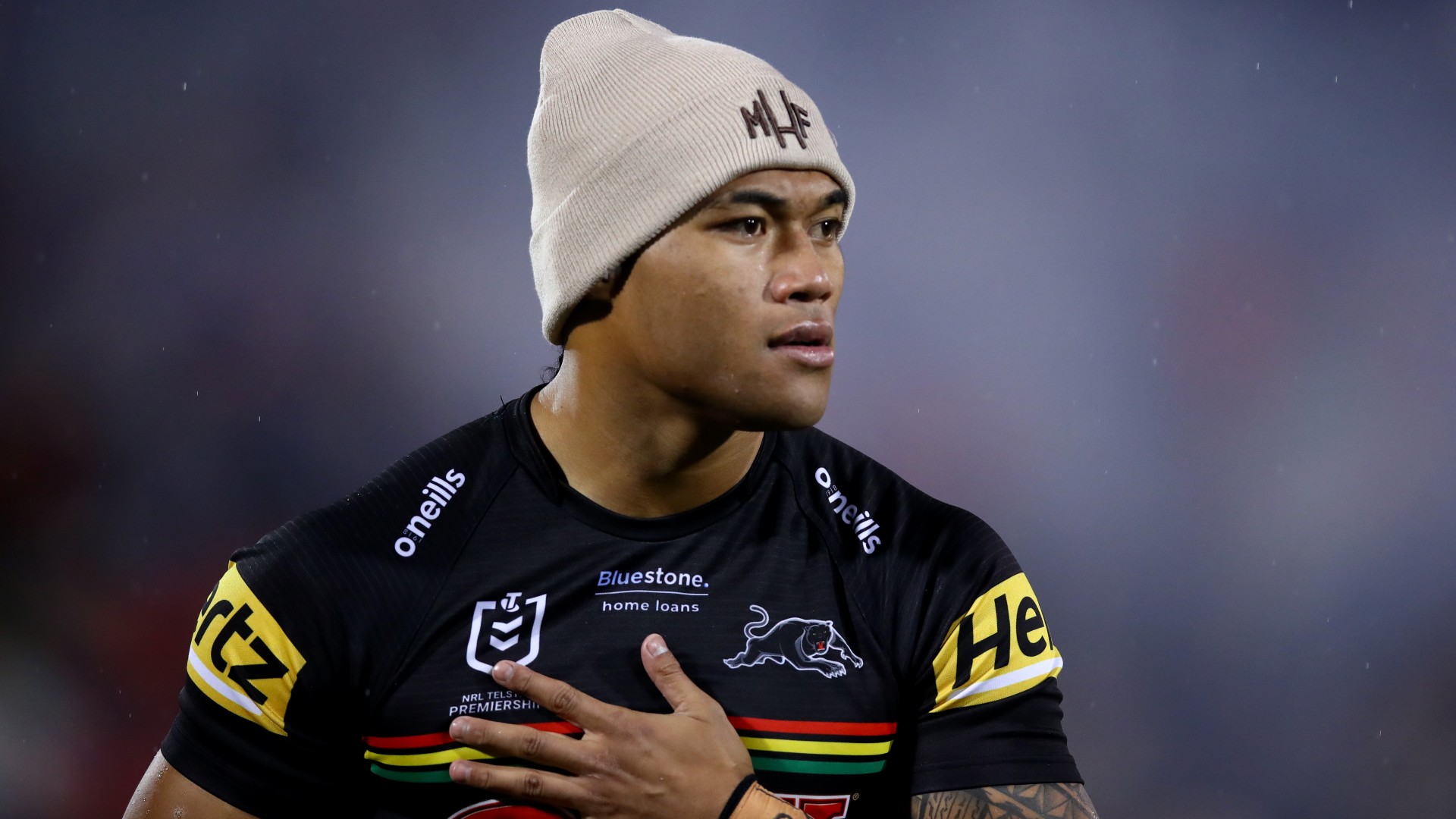 “It would mean the world for me to put on the jersey and it’s a massive opportunity to play for Australia, but heart is everything to me and my people and my family means more,” he said.

“I’ll definitely play for my family.”

There’s been a growing number of big name players in recent years who’ve opted to represent their heritage rather than either of the ‘big two’ nations, which was significantly amplified in 2017 when Jason Taumalolo withdrew from New Zealand’s World Cup squad to represent Tonga instead.

To’o is fresh off another solid showing for the Blues in the State of Origin arena, while Samoa managed to easily beat the Cook Islands the night before, on the back of four tries from David Nofoaluma.

At the World Cup, which kicks off in England in October, former Kangaroos Andrew Fifita and Alex Johnston are likely to suit up for Tonga and Papua New Guinea, respectively, while Kotoni Staggs, Jarome Luai, and Daniel Tupou are others who shared the Origin field with To’o, but are unlikely to play for Australia.

Aside from Luai and To’o, Blues forwards Payne Haas and Junior Paulo, as well as Queensland’s Tino Fa’asuamaleaui and Josh Papalii, are all eligible to represent Samoa.