The Titans nightmare season continues to get worse, with prop Jarrod Wallace facing a two week ban for a dangerous throw in their heavy loss to the Knights.

With ten minutes to go in the game, Wallace was sent off for a tackle that left Simi Sasagi landing on his head.

The two teams immediately came together after the Knights rightly took exception to the tackle, and the 30-year-old was quickly marched from the field.

He was charged this morning with a grade two dangerous throw, and will miss two matches with an early guilty plea, or three if he fights it and loses.

Newcastle’s David Klemmer was sin binned after throwing a punch in the ensuing scuffle, but won’t face any further charge.

The Titans have a bye next week and will then face Brisbane in a Queensland derby on the following Saturday – now without one of their star forwards in Wallace. 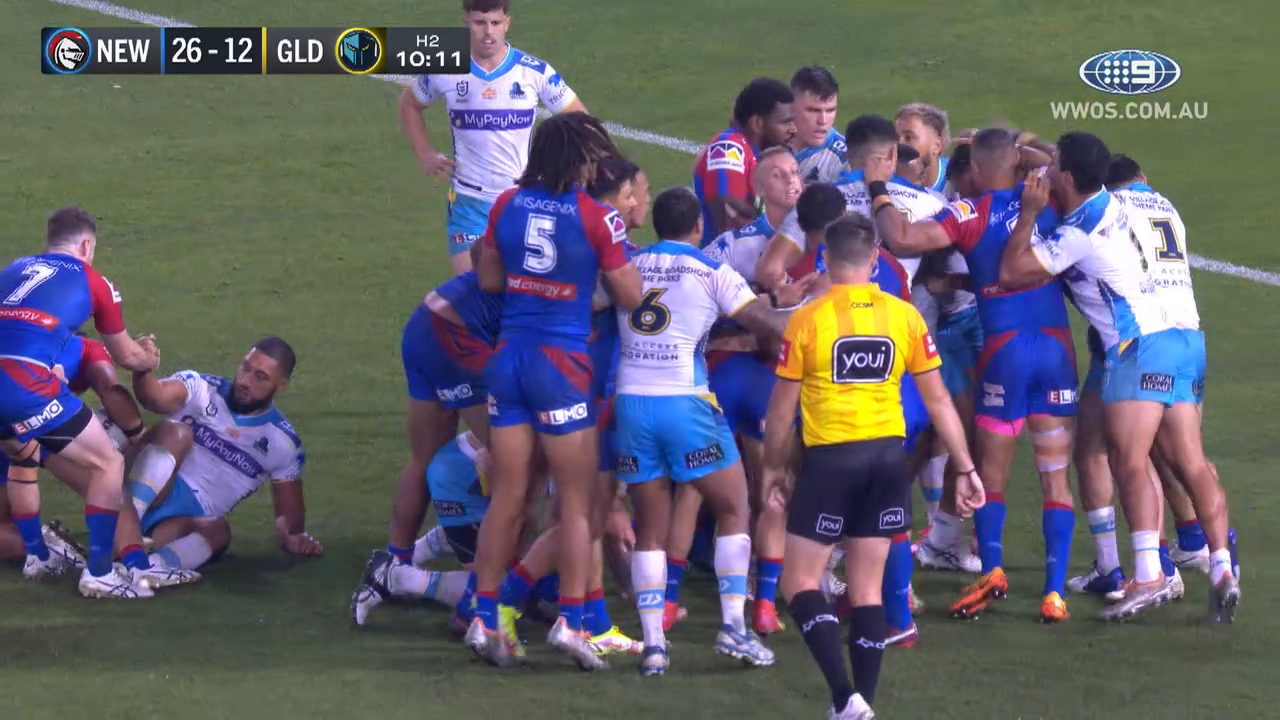 They remain anchored to the bottom of the table after the defeat, having won just three games this year as pressure mounts on coach Justin Holbrook, despite the rookie coach being signed until the end of 2024.