A bumper 18-car field is set to line up for the 50th race of the Supercheap Auto TCR Australia Series at Queensland Raceway.

The SpeedSeries headliners return to the Ipswich circuit for the first time since 2019 across August 5-7.

The historic half-century will be brought up on Sunday when the series takes to the track for the second race of its weekend.

Stan Sport is the only place to watch the 2022 Speed Series with every race streaming ad free, live and on demand. Start your free Stan Sport trial here! 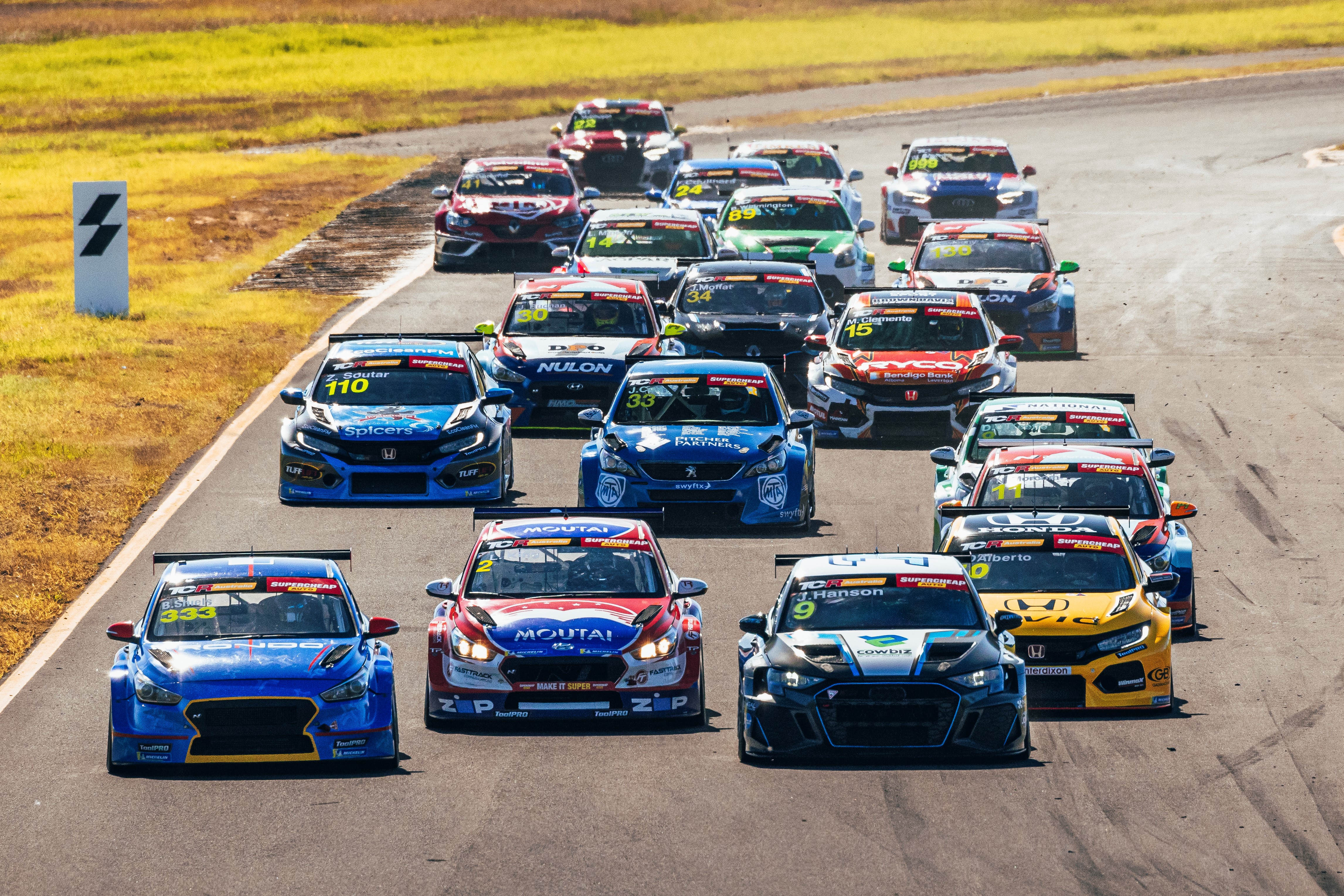 Of the 48 races held to date, 19 of them have had different winners. Will Brown, who is in contention for his second TCR title, has the most wins with seven to his name.

Hyundai is the most successful brand, with 13 race wins.

Heading into the fifth round of the series, Honda pilot Tony D’Alberto leads for Wall Racing.

When the series last visited Queensland Raceway, Dylan O’Keeffe took two wins in his Alfa Romeo. Wildcard Jean-Karl Vernay won the other race in an Audi.

D’Alberto stood on the podium once, claiming back-to-back fourth place finishes and a third.

Off the back of a recent test at Queensland Raceway, the winless D’Alberto said the form guide is hard to read into.

“We’ve got some existing data from 2019 and the only real change is a little bit of bodywork as well as the structure of the tyre, so realistically not a lot has changed set-up-wise since then,” D’Alberto said.

“We’ve got a lot of work to do ahead of us to lift our game to make sure we’re quick this weekend because it’s pretty crucial that we’re fast, so that’s what we’ve been focusing on.

“We had good results in 2019, but we’re under no illusion it’s going to be a tough weekend and I think everyone is going to be quick, there’s no doubt about it.”

The grid sees a couple of major changes. Fabian Coulthard will step out of the driver’s seat and into the commentary box while Brayden Willmington has been sidelined due to a funding shortfall.

Lachlan Mineeff has made a manufacturer switch in between rounds, moving from Volkswagen to Audi.

A pre-event test at Queensland Raceway offered the youngster a chance to get a feel for the new package.

“It was the first time we’ve driven it, so it was really good to get a run in it,” Mineeff said. “The differences are the hatch configuration and the sedan. You notice that the aerodynamics are a little bit different in the fact that the wing and the boot have a lot of influence on the handling of the car.

“I found the wing provides a lot more downforce than the hatch, so that’s been good to learn. The Volkswagen was a great baseline, but the Audi gives us a few more tools to use.

“At the start of the year we tested at Queensland Raceway in the Volkswagen and it was good to test there again to get a reference between the two, which has given us confidence ahead of the TCR Australia round next week.”

The Supercheap Auto TCR Australia Series headlines proceedings at Queensland Raceway across August 5-7 for what will be the fifth round of its calendar.

SpeedSeries coverage will be live and ad-free, exclusively on Stan Sport with a bumper 12 hours of broadcasting across Saturday and Sunday.