Melbourne coach Craig Bellamy has pleaded for Brandon Smith‘s hip-drop tackle to not be judged with the “hysteria” of the week in mind, after the Storm forward was reported in his side’s win over the Titans on Friday night.

Smith was reported for performing a hip-drop tackle on Titans captain Tino Fa’asuamaleaui in the 29th minute of the Storm’s 32-14 win in Melbourne.

The Storm’s second win in succession was not only soured by Smith being reported but gun halfback Jahrome Hughes suffering a suspected shoulder subluxation. The New Zealand international didn’t feature in the second half and will undergo scans. 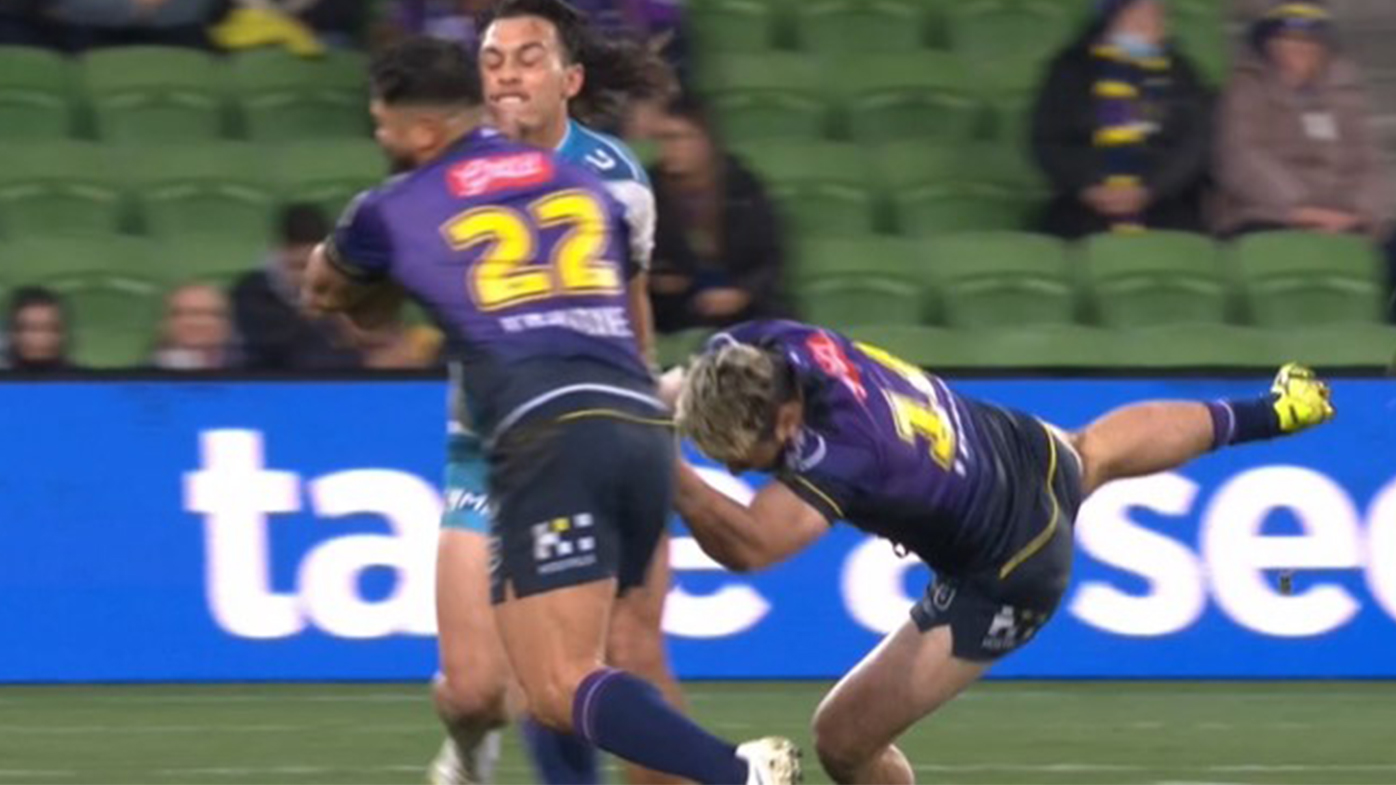 Smith was reported in his first game back from a three-match suspension for calling a referee a “cheating bastard”.

NRL media has been dominated by hip-drop controversy this week, after Broncos lock Patrick Carrigan was hit with a four-match ban for an ugly move on Wests Tigers playmaker Jackson Hastings.

Bellamy begged for officials to not be influenced by the fallout of the Carrigan tackle in assessing the Smith incident.

“I just hope it gets judged on the tackle and not some of the hysteria that has been going on this week. That’s all we’d ask,” Bellamy said in his post-game press conference.

“How many have there been? If there’s one in how many games since the last hip-drop …

“Pat Carrigan doesn’t go out on the field to try to break Jackson Hastings’ leg. 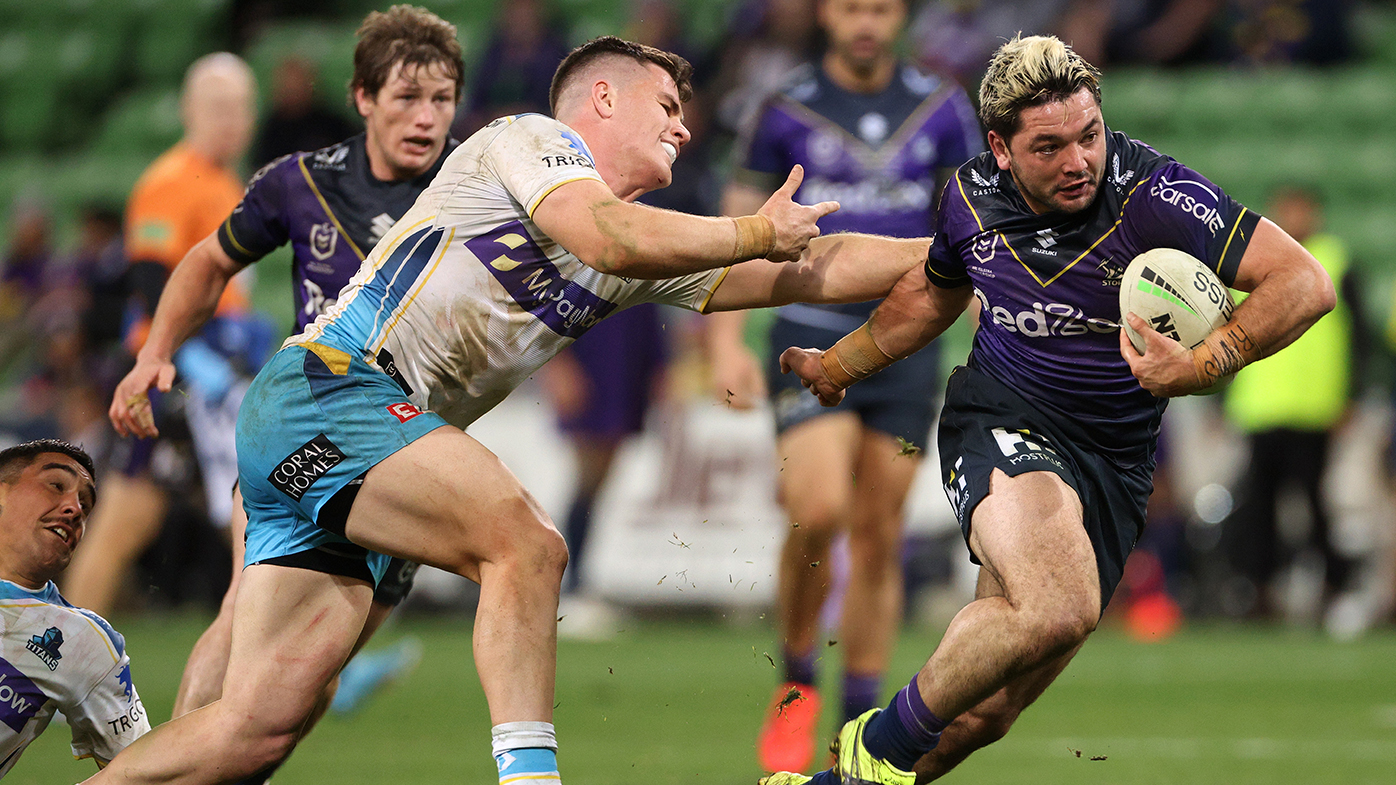 “At the end of the day they’re usually accidents. I understand if they are in the game they need to be out. I don’t think they’re a big issue in the game.

“Obviously with Jackson getting injured — I don’t think Pat went out there on purpose to do that.

“Like I say, I don’t see it as a real big issue in the game. I understand it can injure people, so we want to get it out of the game, without a doubt.

“We just hope (the Smith tackle), and I’m sure it will, gets judged on that … like I say, it’s been in the news a lot this week.”

“Just an accident,” he said.

“I think he went low and then obviously slipped onto my ankle and gave me a bit of a stinger.

“It was all an accident.” 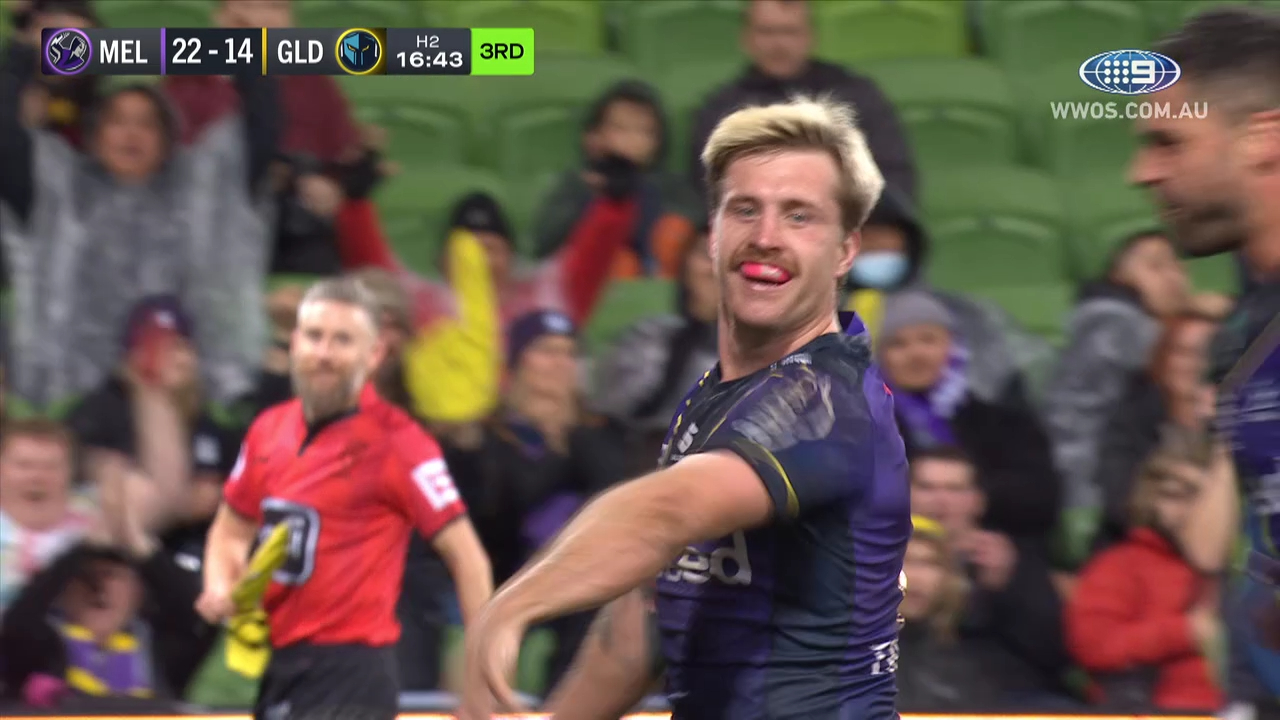 “I don’t think they’re done deliberately, but they are dangerous,” Holbrook said.

“I think we’re doing the right thing. We’ve got to identify them and get them out of the game because we don’t want to see the injuries that are happening.

“No one’s running in recklessly to do that, I don’t think.”

Melbourne’s win was inspired by Cameron Munster, who made a return to fullback for the injured Nick Meaney.

The Queensland State of Origin five-eighth piled up 20 points, including a hat-trick and four conversions.