Former Geelong star Cameron Mooney has revealed he thought he’d cost the Cats another premiership in the dying stages of their 2009 triumph over St Kilda.

Mooney, who says he’s spent “most years kicking himself” about his inaccuracy in front of goal in the 2008 loss to Hawthorn, feared he’d come up short again the following season when his direct opponent threatened to turn the grand final just seconds before its most iconic moment – the Matthew Scarlett toe-poke.

“I saw Gary Ablett (Jnr) in the middle of the ground by himself, so I’ve gone to turn back inside 50,” Mooney explained on 3AW’s Footy: Then and Now podcast.

“But Zac Dawson, who was playing on me, came off me – he made a great decision – and spoiled the ball on Gary Ablett in the middle of the ground.

“My first instinct was – ‘Oh my God, I’ve lost us two grand finals in a row’ – I couldn’t believe it.

“Somehow, Scarlo has come through the other way and the ball has just bounced up nicely for him to give that famous toe-poke back into Gaz’s hands and I’m off to the races back into the goal square.”

‘Footy: Then and Now’ is a weekly podcast that gets you excited for the weekend ahead by revisiting famous VFL/AFL moments with the people who shaped them. Follow/Subscribe on Spotify, Apple, and Google Podcasts

That play famously ended up with Paul Chapman kicking a goal at the top of the square, which gave Geelong the lead and ultimately the premiership.

It wasn’t Mooney’s only confession from that game.

He said he knew at the time Tom Hawkins‘ goal just before half-time had hit the post on the way through.

“I went over and jumped on him (Hawkins) to celebrate as if to try and convince the goal umpire to not make it a point.

“As we were celebrating I was thinking ‘My god, I think we’ve got away with this’ and in the end we did.” 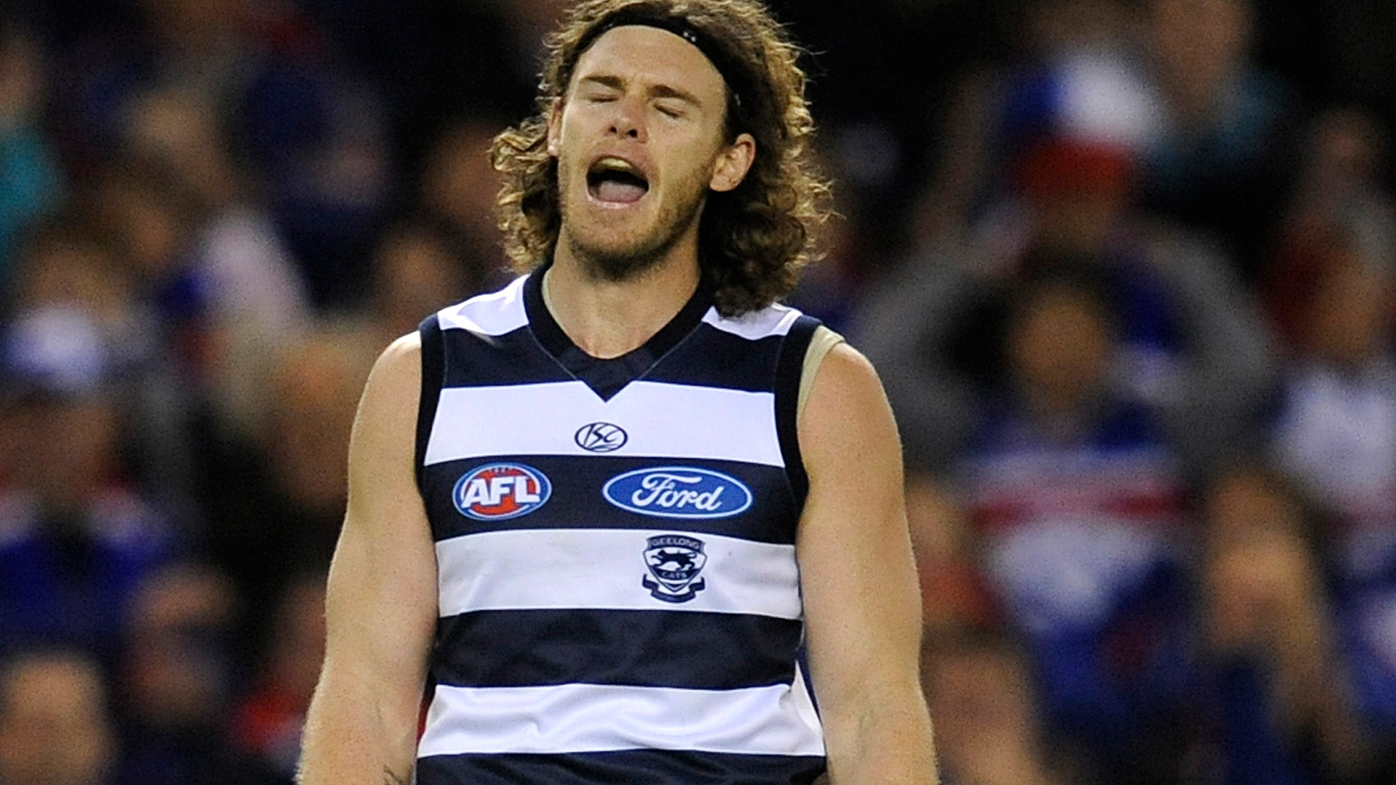 Mooney went on to marvel at the fact Hawkins and Joel Selwood, who both played key roles in the 2009 success, were still front and centre of Geelong’s premiership push.

He said he felt Geelong had its best chance since 2011 to win the premiership this year.

“I just want to see him (Selwood) hold the cup,” he said.