Despite their pledge to “ambush” the reigning premiers, the Raiders never got close, with Salmon scoring one of the Panthers’ four tries in the 26-6 win.

Following his side’s loss, which could see them miss the finals, Stuart was asked about a number of incidents in the match, including a bump which saw Joseph Tapine injured, but took aim at Salmon, who was placed on report for the kick.

“The James Fisher-Harris and Joe Tapine tackles are accidents and in this collision game I understand that,” an incensed Stuart told reporters. 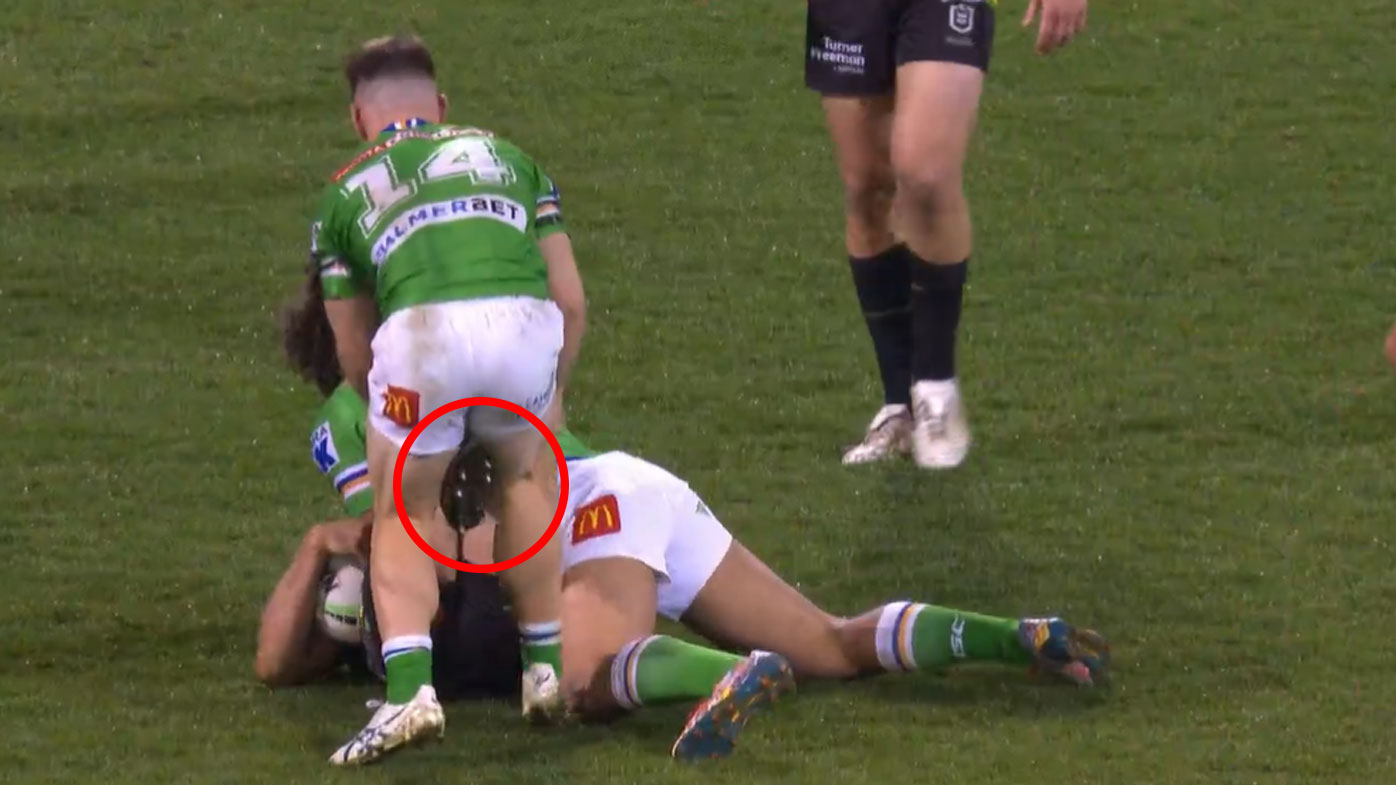 “But where Salmon kicked Tommy (Starling), it ain’t on.

“I have had history with that kid (Salmon). I know that kid very well.

Following Stuart’s incredible outburst, Nine’s NRL reporter Danny Weidler spoke to the Raiders coach on the phone and asked whether he wanted to apologise or retract his statement, to which he replied “a firm no”.

League great Phil Gould explained that Stuart’s son had played in the same rugby league side as Salmon during the Panther’s junior days, but was unsure what exactly prompted such a reaction from the veteran coach.

“When Ricky said he’s known this kid for a while, he has,” Gould said on Nine’s NRL coverage. 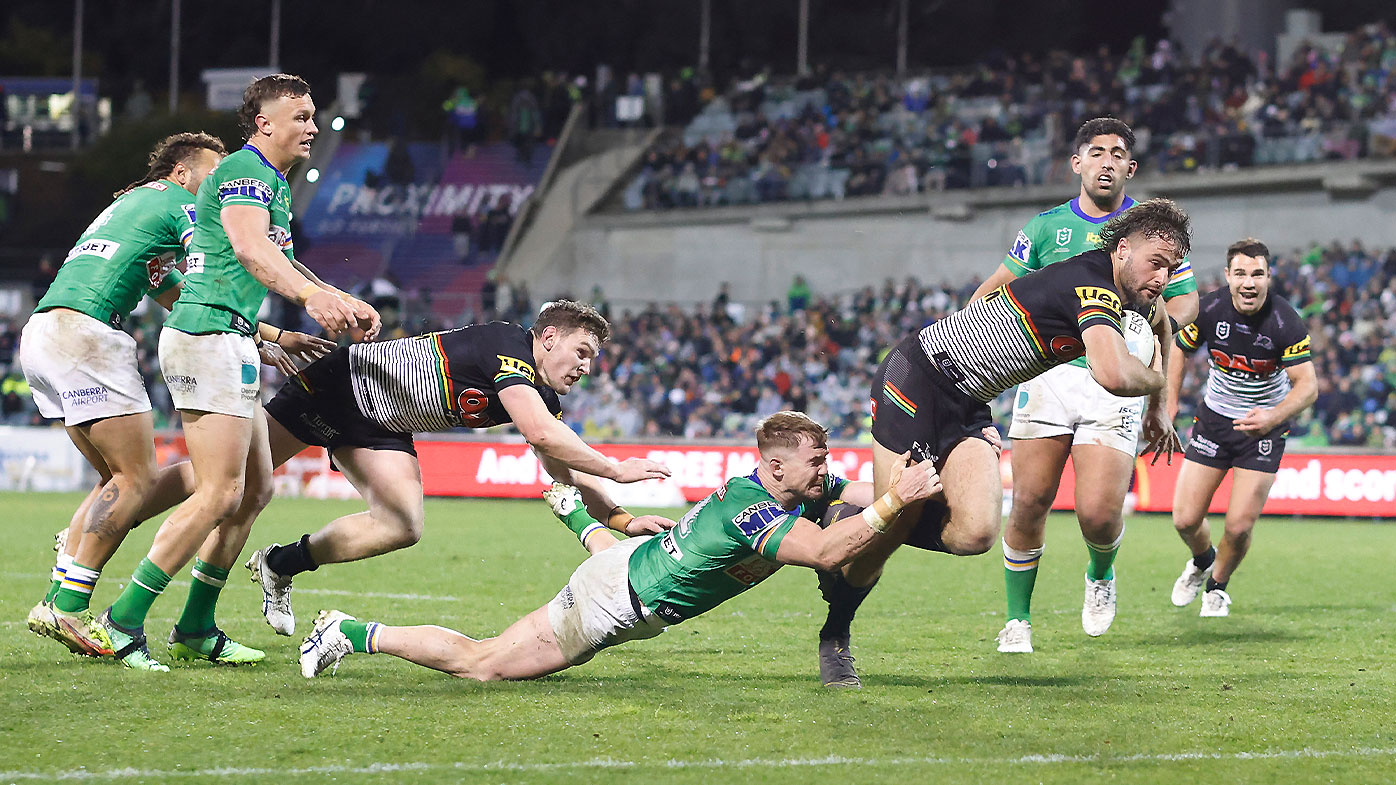 “Certainly Ricky on reflection saying he’s not apologising and he’s standing by what he said is rather extraordinary because I’ve never heard a coach say anything like that at a press conference.

“I can’t imagine anything that would make me say something like that at a press conference.

“Ricky’s going to have to have very good reason and I don’t know how he substantiates that … I think Jaeman Salmon would have action against him for remarks like that.

“I know his team’s been knocked out tonight and that’s probably the end of their finals charge … but he’s too experienced a campaigner to react so emotionally in an environment like that where he has been so many times throughout his career. It’s not as though he’s a rookie.”

Both Gould and NSW Origin coach Brad Fittler didn’t think Salmon’s kick out at Starling alone was worthy of such an aggressive response.

“That can happen to anyone at any time,” Gould said of the incident. 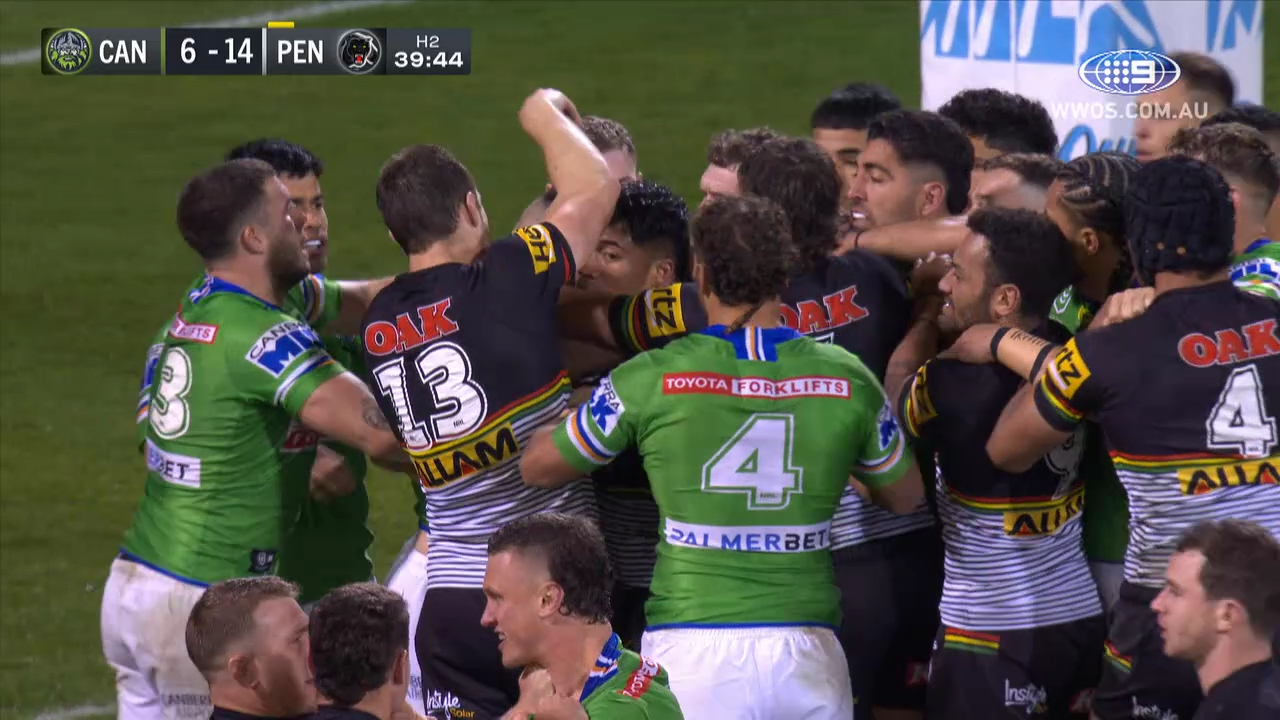 “That’s not an uncommon occurrence. His foot was caught between his legs as they’re getting up and he was trying to get his foot out of there.”

“When I saw the incident I was surprised that they stopped the game and Jaeman Salmon was penalised. I just saw someone kicking out,” Fittler added.

Panthers coach Ivan Cleary refused to engage the verbal warfare with Stuart, but said he was adamant the kick on Starling was accidental from Salmon.

“I can’t imagine Jaeman would have deliberately done that, but I honestly didn’t see it.

“I don’t think I need to respond to those (Stuart’s) comments. I know what Jaeman is like and he is valuable in our club and we love him, so that is all that matters to us.”

It remains to be seen whether the NRL takes action against Stuart for his outburst.