Nick Kyrgios has withdrawn from Australia’s Davis Cup group ties set to be played in Europe immediately after the US Open, with the enigmatic star deciding to return home to be with his parents.

The 27-year-old, inside the top 30 of the ATP for the first time since early 2020, is gunning toward the US Open after storming through to the Wimbledon singles final — his first appearance in a major decider.

But Davis Cup captain Lleyton Hewitt won’t have Kyrgios for group competition against France, Germany and Belgium in early September, with the world No.28 deciding to return to Australia after competing in the US Open. 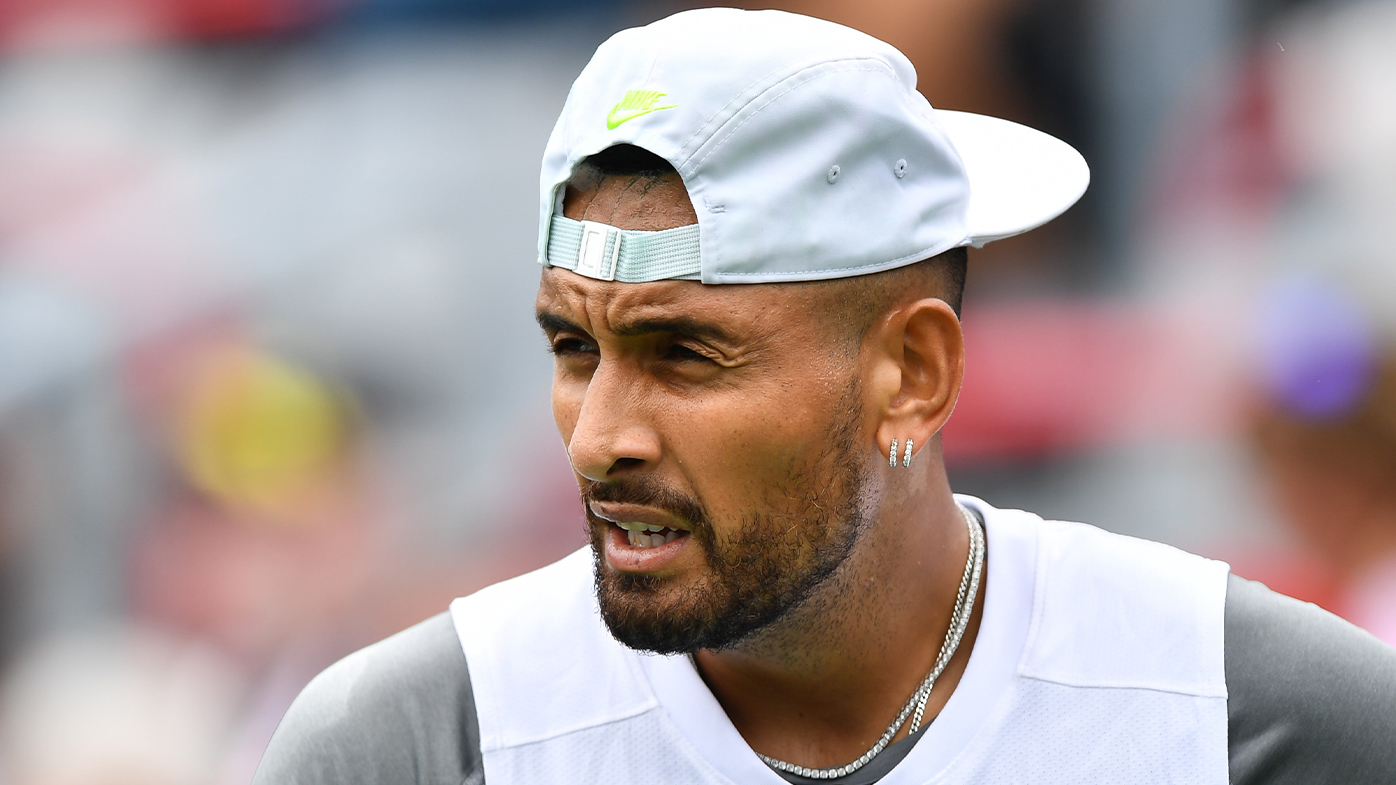 “It would have been great to have Nick in the team but unfortunately he was unavailable for this tie,” Hewitt said.

After winning 15 of 16 consecutive singles matches, Kyrgios fell to Poland’s Hubert Hurkacz in the Montreal Masters quarter-finals at the weekend.

“They’re not very well at the moment.

“So I don’t really care about no winning streak.”

Kyrgios is also awaiting a court date regarding accusations of common assault relating to former partner Chiara Passari. The matter is set to be heard in the ACT Magistrates Court on August 23.

Australia will be led by world No.20 Alex de Minaur in the Davis Cup group ties as it aims to qualify for November’s knockout finals in Spain.

Australia will face Belgium in its first group ties on September 13 — 48 hours after the US Open men’s final.