Babar Azam returned to batting form with a century and Mohammad Rizwan hit 88 in a Pakistan record-breaking double-century opening stand to beat England by 10 wickets in the second Twenty20.

Babar made an unbeaten 110 for his second T20 century off 66 balls as Pakistan reached 0-203 with three balls to spare to level the seven-match series.

Pakistan had earlier been set a target of 200 after Moeen Ali accelerated at the backend of England’s innings with an unbeaten 55 off 23 balls to lead the team to 5-199 after he won the toss and elected to bat.

“We planned to play according to the situation, and planned when to charge and when to hold back,” Babar said.

“The execution of that plan went brilliantly. When you have a target in front of you, you play according to that and change gears accordingly.” 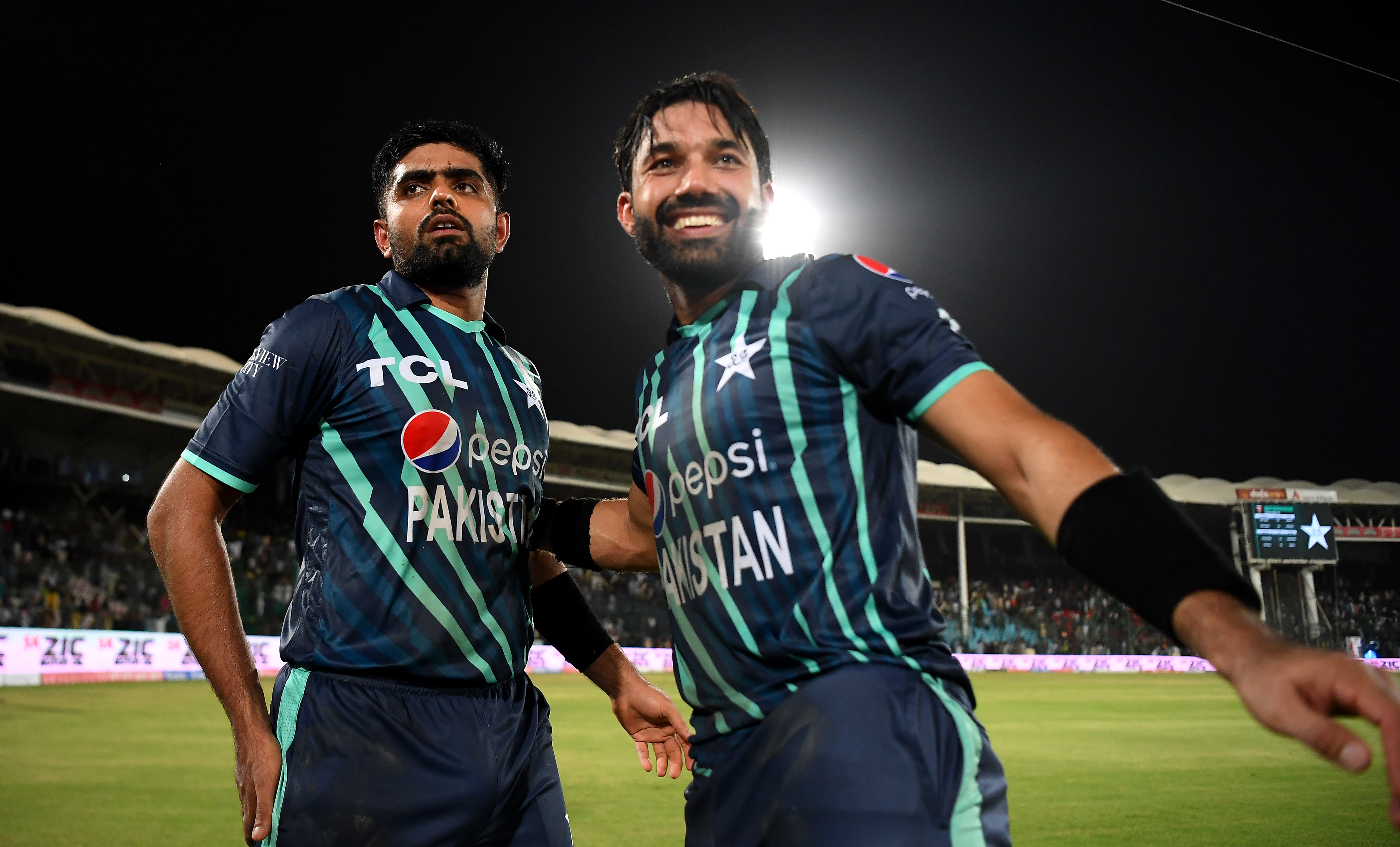 Babar and Rizwan charged against England with aggressive batting as the visitors couldn’t hold onto their chances to break the stand.

Babar came into Thursday’s game on the back of only 98 runs in his previous seven T20s that included 68 runs in the six Asia Cup matches in the United Arab Emirates and a knock of 30 in the opening game of the series.

Rizwan profited from two let-offs before he had completed his half century, but Babar belted 11 boundaries and five sixes against both pace and spin.

Babar and Rizwan held the previous record of Pakistan’s 197-run opening wicket stand, which they made against South Africa at Centurion in 2021.

Rizwan also scored a half century in the first match, which England won by six wickets to start the series. He was more aggressive in the batting powerplay as Alex Hales dropped him while running backwards at mid-off. 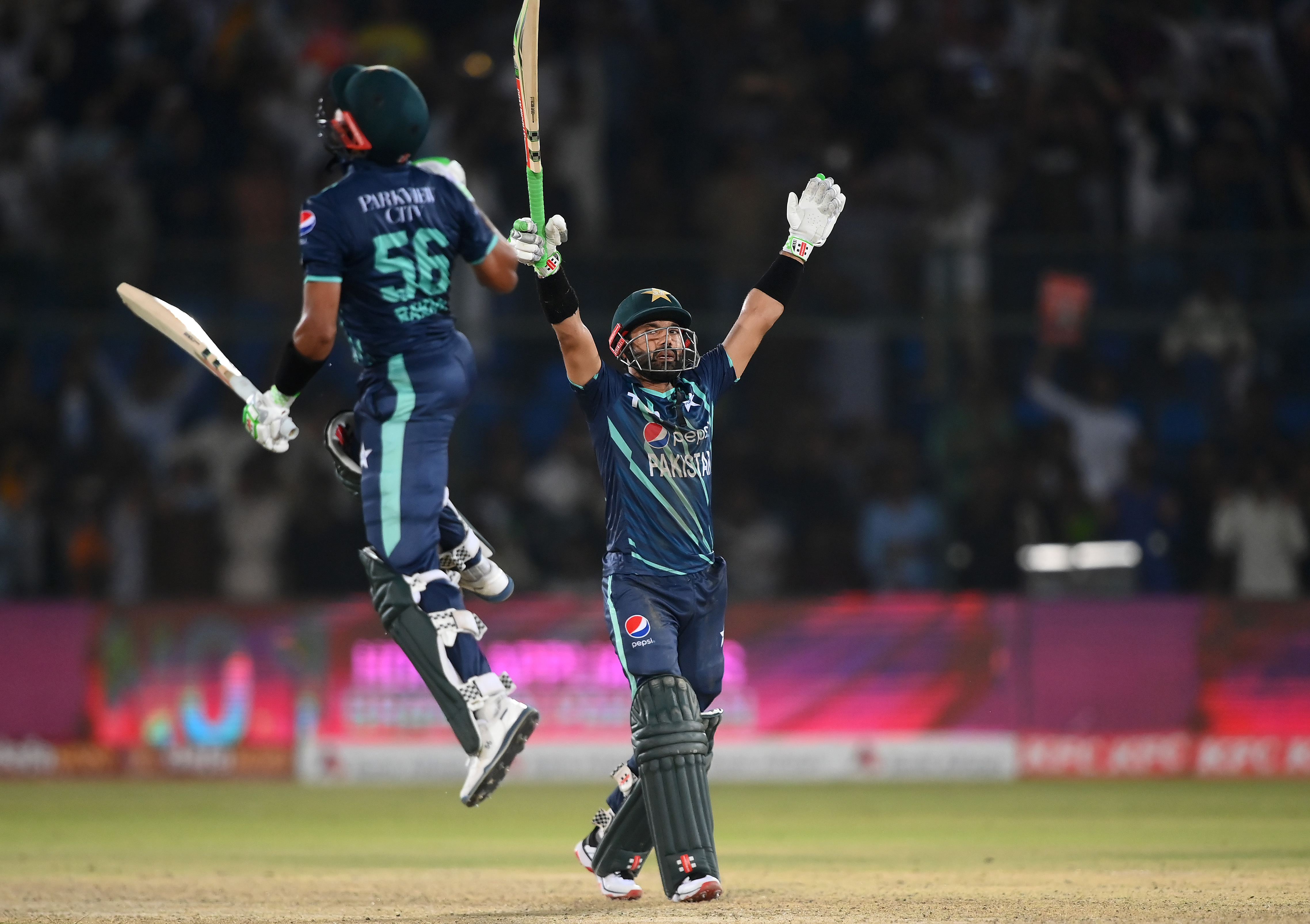 “We batted well, but we dropped a big catch,” Ali said. “Duckett’s partnership with Salty (Phil Salt) was fantastic and me and Brooksy (Harry Brook) played nicely.”

Salt couldn’t stump Rizwan off Adil Rashid’s first ball soon after Hales dropped a sitter. From then on, England struggled to stem the flow of runs.

Left-arm spinner Liam Dawson, the only change England made from the first game, stood out with 0-26 off his four overs, but rest of the bowlers got punished by Pakistan’s accomplished T20 opening pair.

The momentum swung in Pakistan’s favour in the 13th over when Ali’s only over went for 21 as Babar smashed two sixes against his counterpart. Left-arm fast bowler Luke Wood, who grabbed three wickets in the his debut T20, was smashed for 0-49. 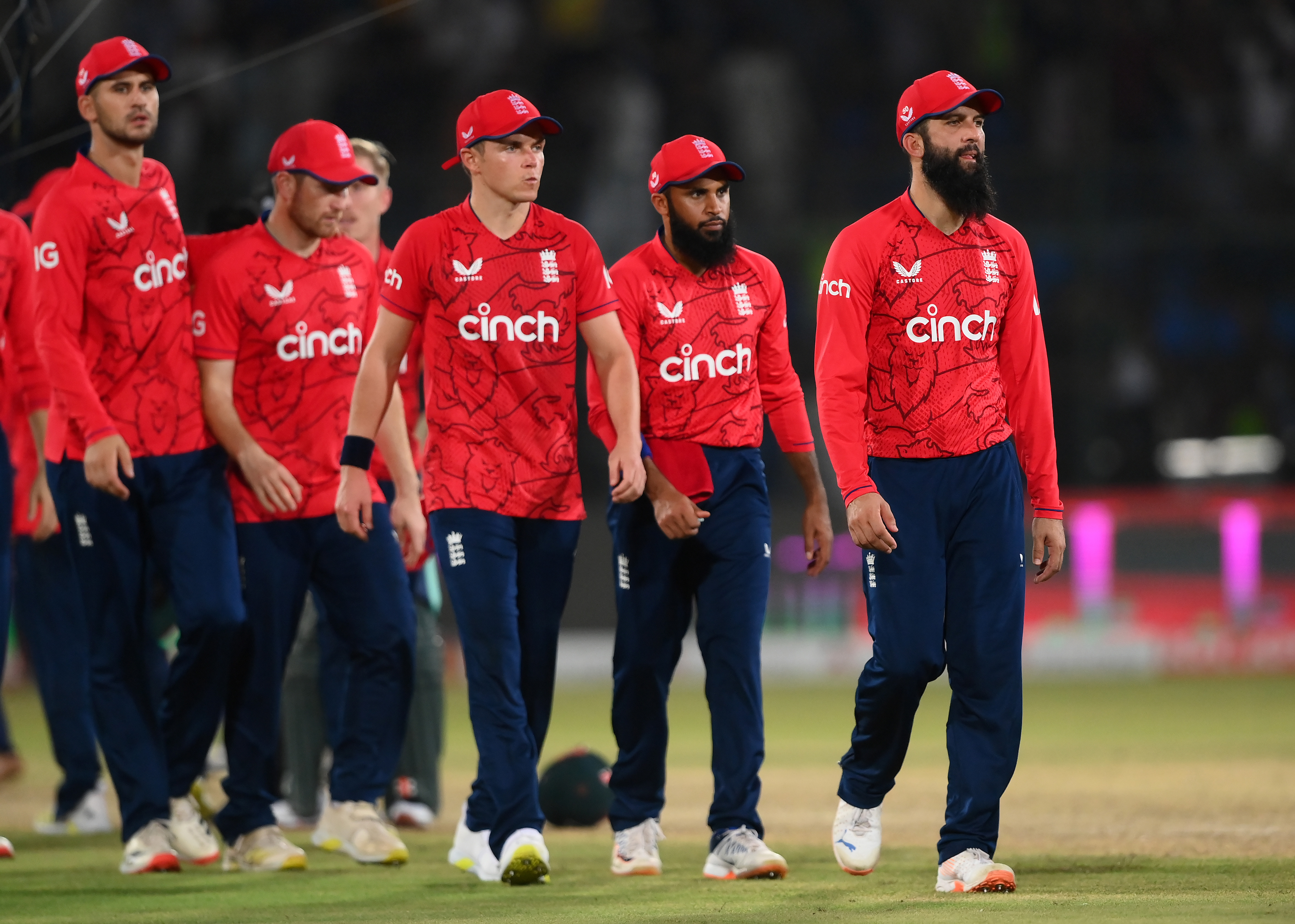 “The momentum changed when I bowled my over,” Ali said.

“I know they (Babar and Rizwan) get a lot of stick for their strike-rates but they are brilliant and you can’t afford to bowl off spin to them.”

David Willey also had an off day with 0-44 before Babar hit a boundary against the left-arm seamer in the last over. 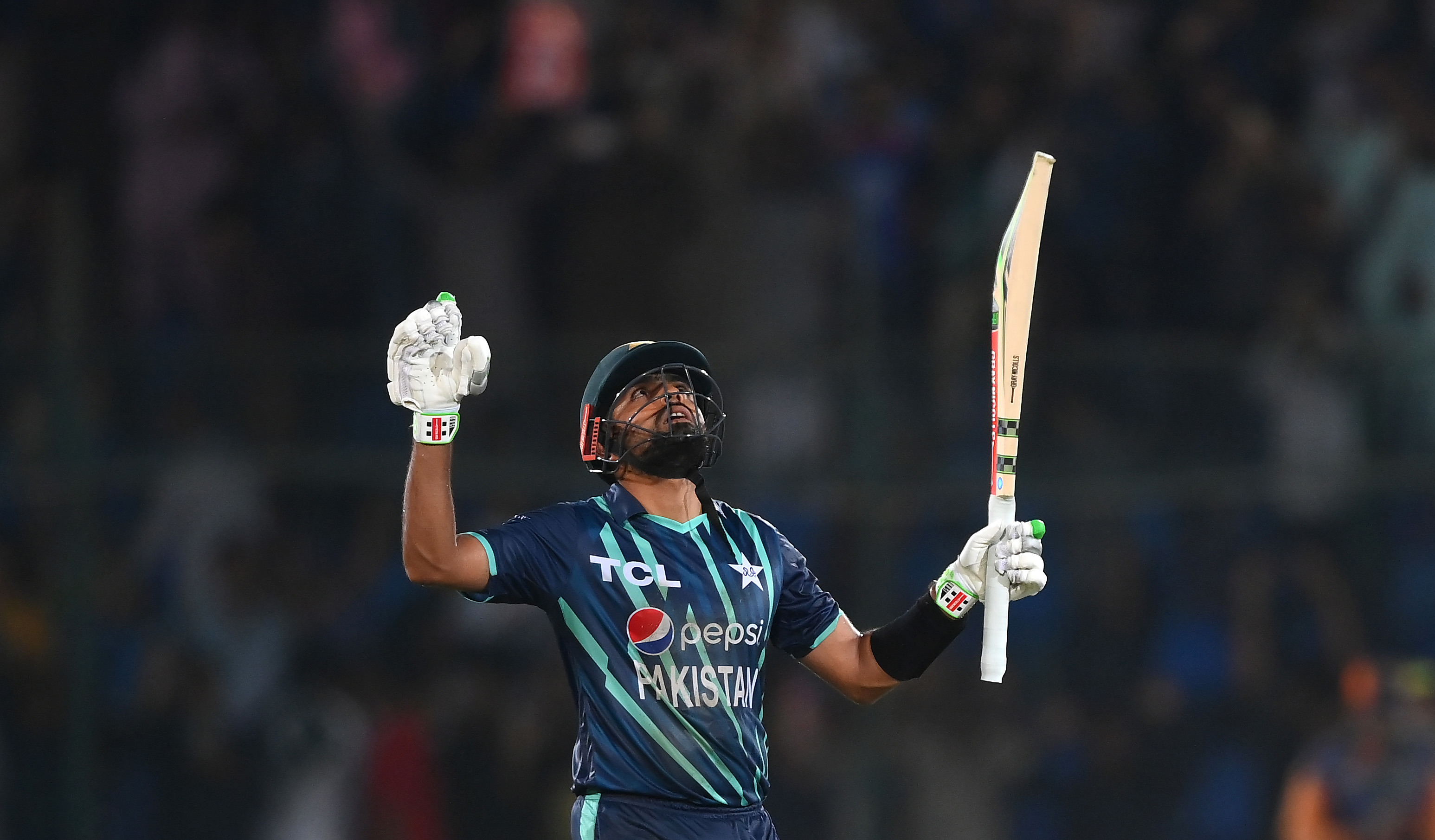 Duckett played some impressive ramp shots over the head of the wicketkeeper before he was clean bowled by Nawaz in the 13th over while trying to repeat the shot.

Brook made a quickfire 31 and accelerated well with Ali in the late overs before getting bowled by Haris Rauf (2-30) in the 17th over. But Mohammad Hasnain, who replaced Naseem Shah in the line-up, conceded 37 runs off his last two overs to end up with 0-51 as England made 66 off the last 30 balls.

Ali raised his half century by smashing two straight sixes against Hasnain off the last two deliveries.