The clip, shown on Rugby Heaven on Thursday night (watch above), ﻿features Raynal imploring Wallabies five-eighth Foley to hold fire on a conversion attempt during the Test in Melbourne, won 39-37 by the All Blacks.

It appeared the French official was attempting to communicate with Welsh TMO Ben Whitehouse to check on a potential forward pass.

Watch every match of the Bledisloe Cup and Rugby Championship on the home of rugby, Stan Sport. All matches streaming ad-free, live and on demand 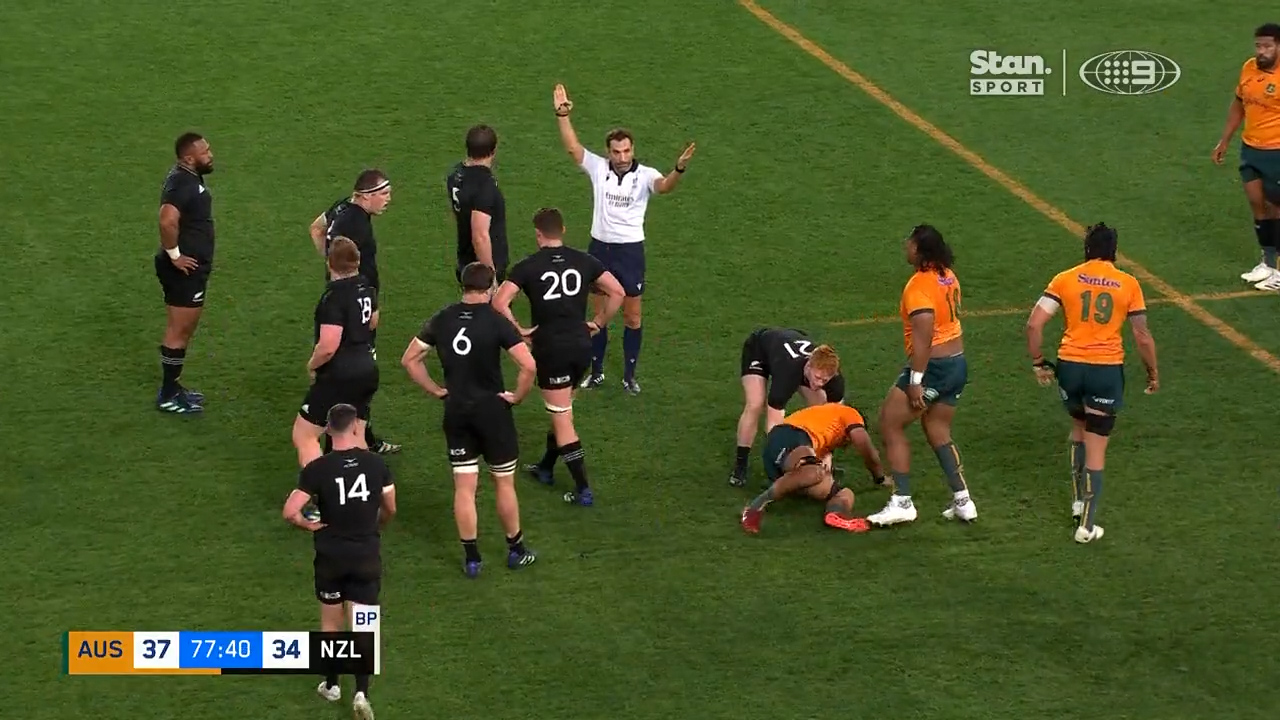 Foley ignored him and struck the ball between the posts at Marvel Stadium.

﻿Raynal looked disgusted but curiously allowed the two points to stand without a TMO check.

READ MORE: Why ‘grieving’ Federer will always be the GOAT for tennis fans “It’s the stink eye, the side eye for me. That’s a serious side eye,” Rugby Heaven host Roz Kelly laughed.

Raynal, in case you missed it, made the extraordinary decision to punish Foley for time wasting late in the game and handed a crucial scrum feed to the All Blacks.﻿

“That footage is huge because for me personally, having been out there on the field with referees and your interactions with them, that certainly sticks in his psyche moving forward,” Genia said.

“It’s obviously Bernard kicking the goal and Bernard at the end, taking the penalty to kick it out into touch. For me it’s definitely something that’s stuck in his mind.

“The funny thing about it is he asks him to wait but then still allows the goal kick to go ahead and allows the conversion to be successful, when he had all the rights to be able to pull that back.” 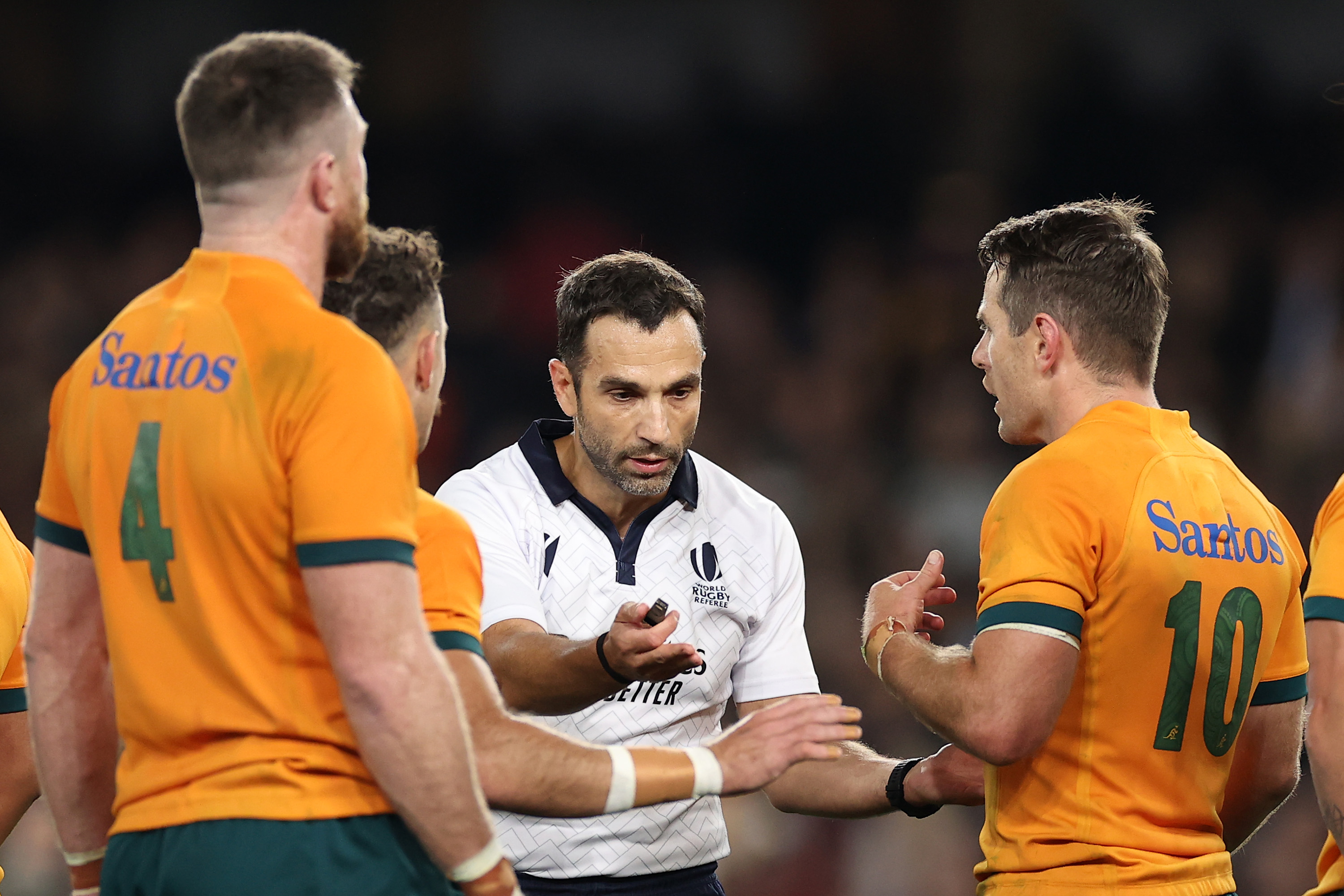 “He could have brought it back, I think he was waiting for the TMO to see whether it was a forward pass to Kellaway or not,” Horan said.

“Bernard Foley knew he was probably going to go to the TMO and that’s why he kicked it quickly. But Raynal had the chance to bring him back and then just played on. 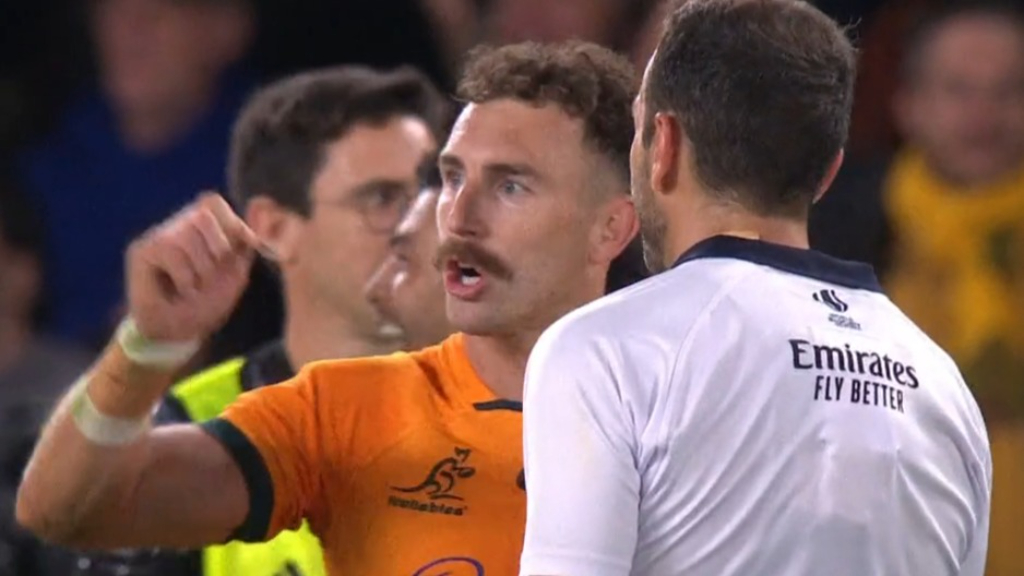 “So I’m not sure whether it played on his mind in the last 90 seconds or not but it could have done.”

The Melbourne victory ensured the All Blacks retained the Bledisloe Cup, regardless of what unfolds in the final Rugby Championship round at Eden Park on Saturday.

Rugby Australia wrote to World Rugby in the aftermath of the tumultuous Test, which ﻿triggered strong and conflicting opinion across the globe. 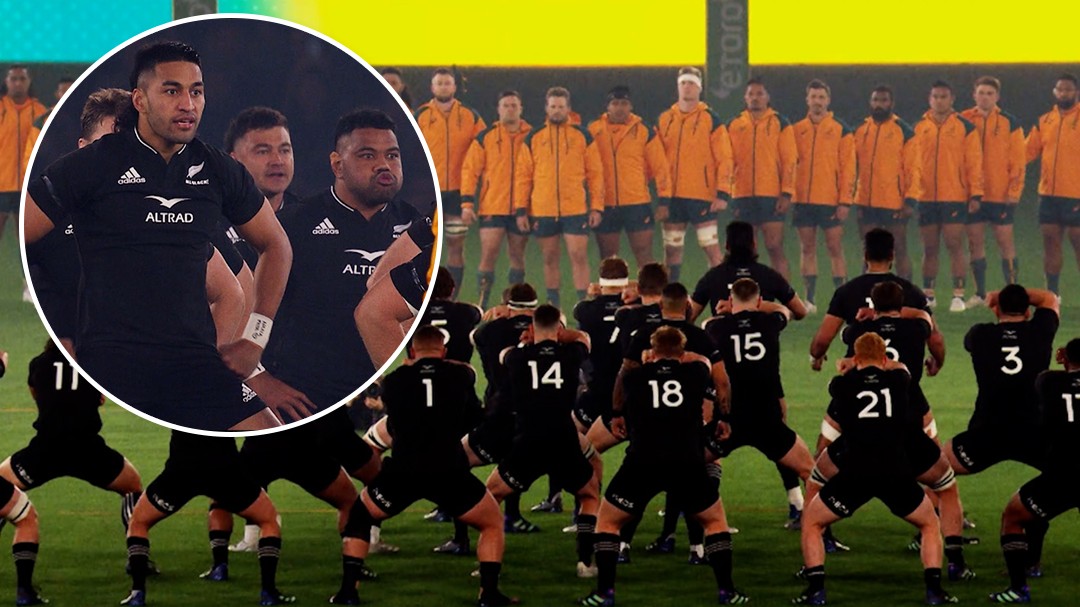 “I didn’t write that letter, I’ve done what I normally do and done a telestration where I talk over a number of clips and share my views with the refs,” Wallabies coach Dave Rennie told reporters on Thursday.

“So we’ve obviously been in contact with World Rugby around it, and they agreed with our concerns. We’ve decided to just take that on the chin and we’re going to move on, it’s seven days since we’ve played that game, we’re a couple of days away from a big game in Auckland, and that’s our focus now.

“As I said before, we’re just at a stage where we’re going to move on. We seeked (sic) better clarity, we got that. It’s not going to help us win on the weekend, so our focus has been on our preparation and making sure we can throw everything at it on Saturday… 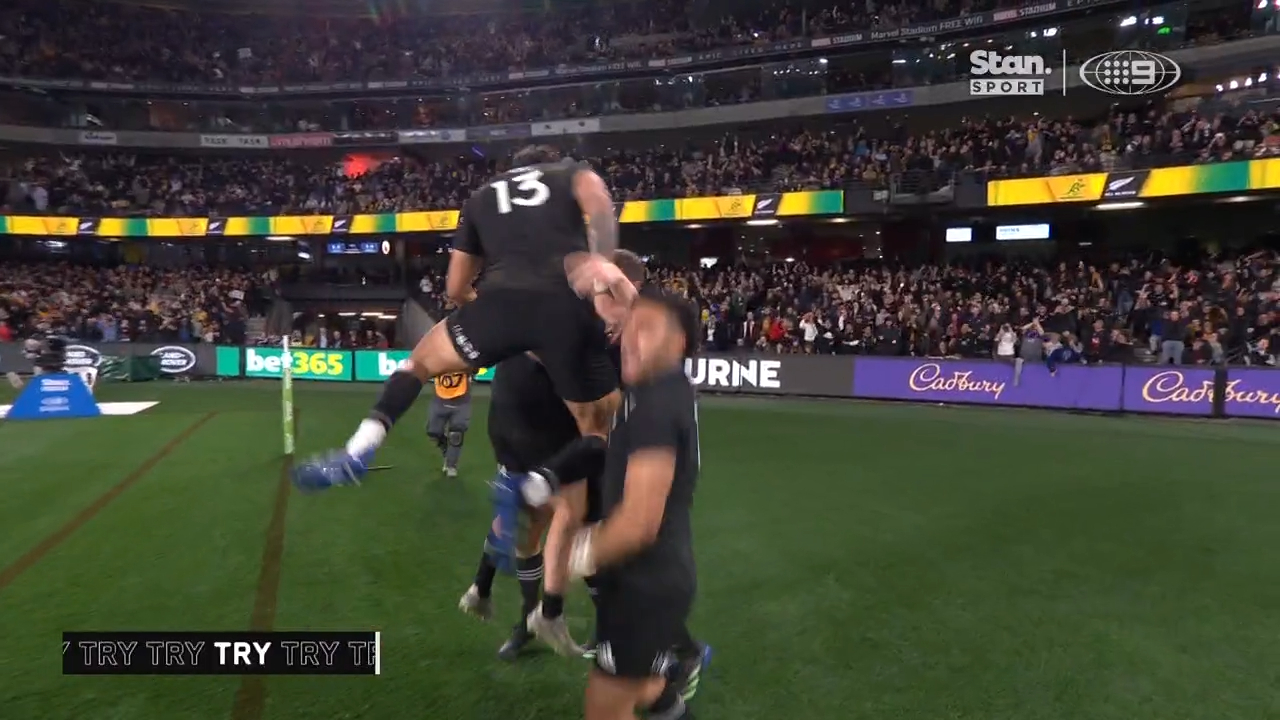 “While we’re disappointed, we’re not going to Eden Park with a chance of winning the Bledisloe Cup, it’s a fairly big game for the All Blacks still with a Rugby Championship crown up for grabs.”

All Blacks coach Ian Foster also weighed in after unveiling his team on Thursday.

The Kiwi said the time wasting call was “clear﻿ cut” after the game. 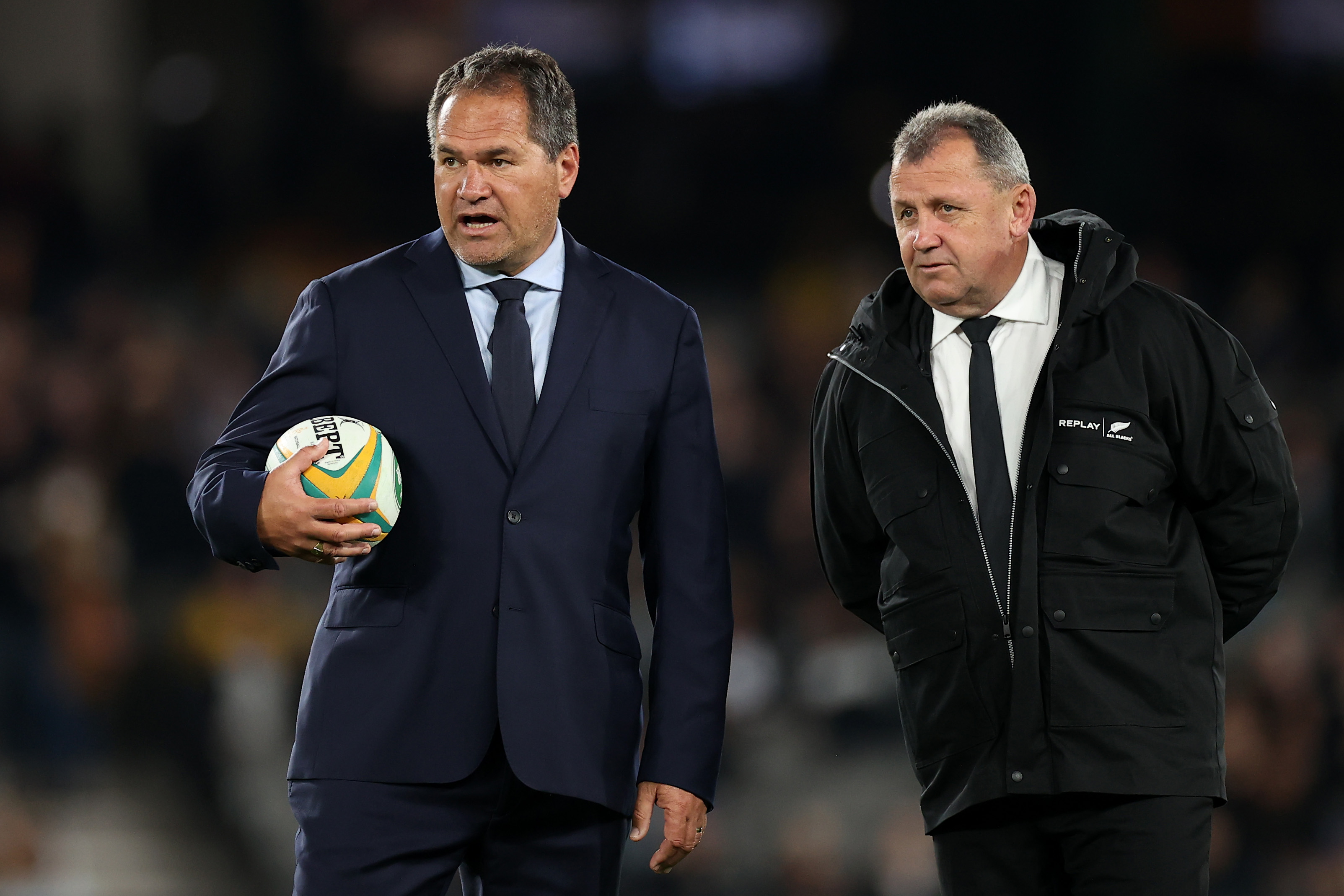 “It’s a cliche to say there are overall problems with officiating,” Foster said.

“You’ve got to be really specific. It’s tough on refs now. They’re under a lot of scrutiny and when people perceive decisions have cost games they get put under the microscope.

“Last week has created an issue that’s been pretty well talked about. There are always things we like to see different in a Test match, and we’ve presented our case in that space too, as we normally would.

“Overall what I liked about Mathieu is he backs himself, he’s strong and if he sees a decision he makes a decision. Does it mean everything is right? Not really. It’s the same with all of us, I guess. It’s a tough process for the refs.”﻿