Ben Simmons says the Philadelphia 76ers did not support him with his mental health while conceding both sides could have handled his situation better during his acrimonious split from the club.﻿

The 26-year-old appeared on former 76ers teammate J.J. Redick’s podcast – The Old Man & The Three – and revealed he wanted help during his time with the Sixers, and that many within the organisation didn’t support him as he struggled with his mental health.

“I was in such a bad place where I was like, f—, I’m trying to get here and you guys are, like, throwing all these other things at me to where you’re not helping. And that’s all I wanted, was help,” Simmons said.

Despite declaring he would never play for the Sixers again, Simmons said he tried “to do the right thing” by trying to get back on the court prior to last season. Things came to a head when he was kicked out of a training session by coach Doc Rivers for being a “distraction” after Simmons declined several times to take part in a drill. 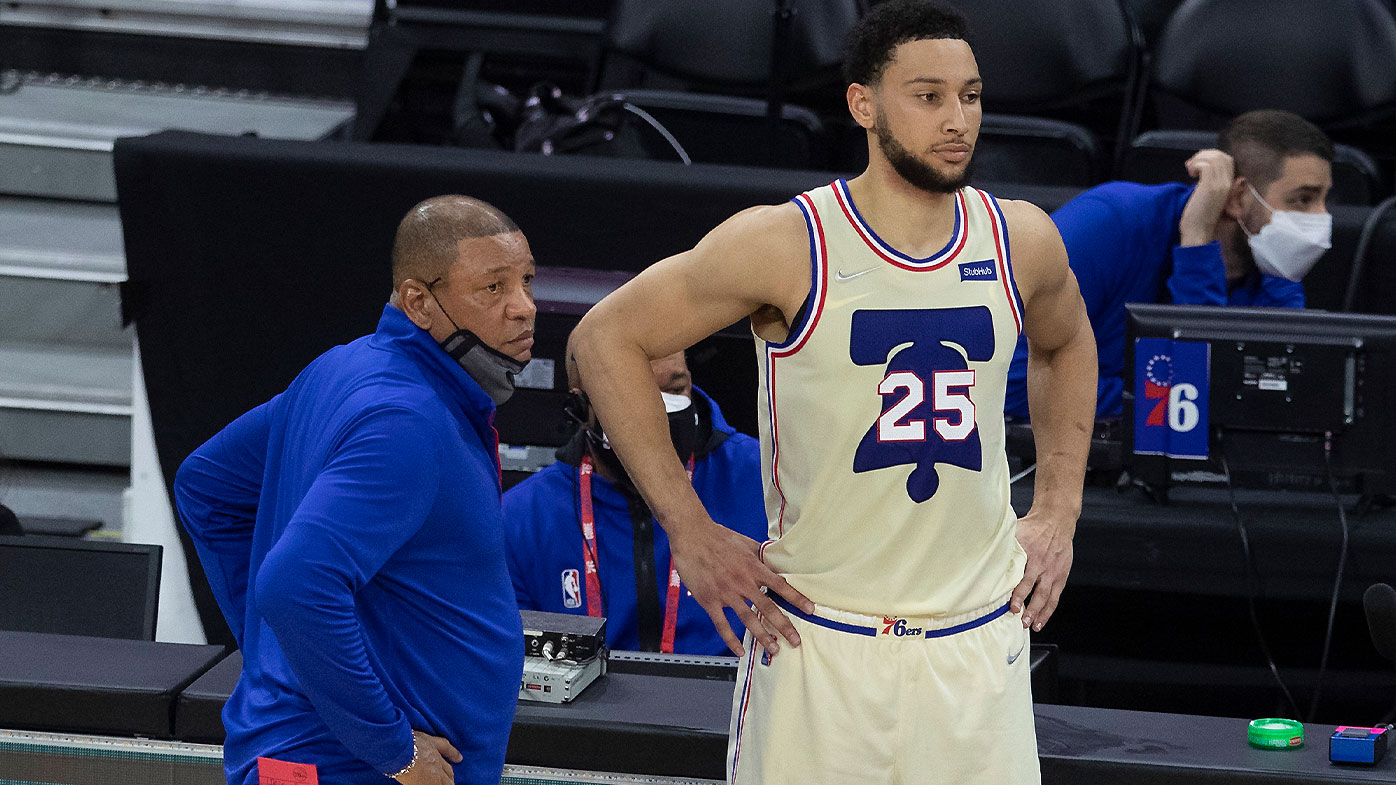 “I actually spoke to Doc before practice. I was like, ‘Doc, I’m not ready. Mentally, I’m not ready. Please just understand that,'” Simmons said. “I tried to let him know prior, and he was like, ‘Well, I’m going to put you in anyway.’ I’m like, ‘All right.’ He told me to get in. I looked at him. It was like one minute into practice, like, ‘Ben, get in.’

“I’m like, first of all, no one’s doing that. You’re doing this on purpose. And that’s how I felt, too. It seems like everyone’s trying to f— with me now.

“I’m getting fined for not lifting weights, but physically I’m one of the strongest guys on the f—ing team. So now they’re fining me for little things. It was just a build-up.

“Obviously, I didn’t handle things the right way, but, also, the team didn’t either, and the people who had that power.” Simmons, who was the No.1 draft pick in 2016 and who was twice named in the league’s All-Defensive First Team (2020, 2021), also said the intense focus on his shooting impacted the mental side of his game.

“I didn’t really realise that early on in my career because this started building up and I’m like, ‘They’re saying I can’t. Should I not? I’m f—ing confused now,'” he explained. “It did f–k with me a lot. But I kind of found peace in a place where I’m just like f–k it, it’s basketball.”

Redick also asked Simmons about his passed-up dunk in game seven of the 2021 playoff series against the Atlanta Hawks. The Australian was skewered by the media for passing instead of monstering the much smaller Trae Young at the rim, in what commentators said was a deliberate move to avoid being fouled and shooting free-throws. 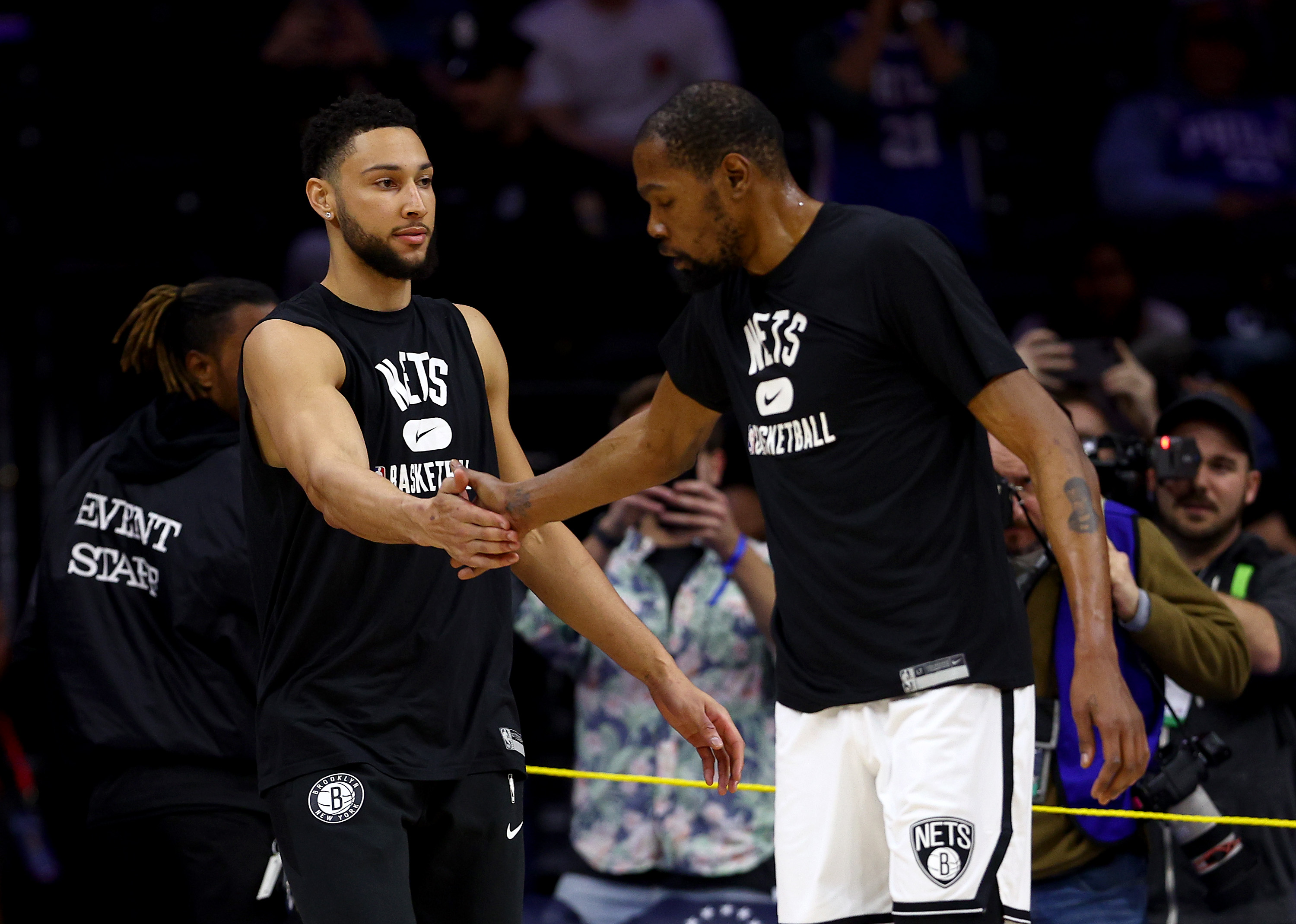 “He’s got to flush it, not knowing how much space there was. It happened. It happened so quick that you just make a read. And in the playoffs, you need to make the right decisions the majority of the time.

“And for that moment, I mean, bro, it happened and I was like, ‘OK, f—, now we got to go make another play.’ That’s how I’m thinking. Then I didn’t realise how, you know, everyone was posting… and I’m like, it was that big?”

Despite suffering from a back problem late last season, Simmons is expected to be ready for the start of training camp with the Nets later this month, joining new teammates Kevin Durant and Kyrie Irving.

“It’s going to be sick. I can’t wait,” he said. “I’m so excited. Got a new number, new jersey. I’m just looking forward to it. I think we have a special team. I think if we get it all together, we’re going to be the champions. That’s the end goal.”