Top-ranked Iga Swiatek will not play in the Billie Jean King Cup and complained about that event being scheduled to start immediately after the WTA Finals.

“I’m disappointed that (the) tennis governing bodies didn’t come to an agreement on something as basic as the calendar of tournaments, giving us only one day to travel through the globe and changing the time zone,” Swiatek wrote on social media. “This situation is not safe for our health and could cause injury.”

The WTA Finals — which close out the women’s tennis tour’s season and are for the top eight singles players and top eight doubles teams — are in Fort Worth, Texas, from October 31 to November 7. The Billie Jean King Cup — a team competition run by the International Tennis Federation — will be held in Glasgow, Scotland, from November 8-13.

Swiatek, a 21-year-old from Poland, is establishing herself as a dominant force in women’s tennis. She is a three-time grand slam champion, including the French Open in June and the US Open in September. Those triumphs made her the first woman since 2016 to win two major titles in a single season.

Heading into a tournament she entered this week in Ostrava, Czech Republic, Swiatek is 57-7 with seven titles in 2022. She put together a 37-match winning streak from February to July that was the longest on the WTA in a quarter-century and helped her earn six consecutive trophies.

Swiatek said she arrived at the decision to sit out the Billie Jean King Cup after “thinking it through a lot and discussing it with my team all over again.” 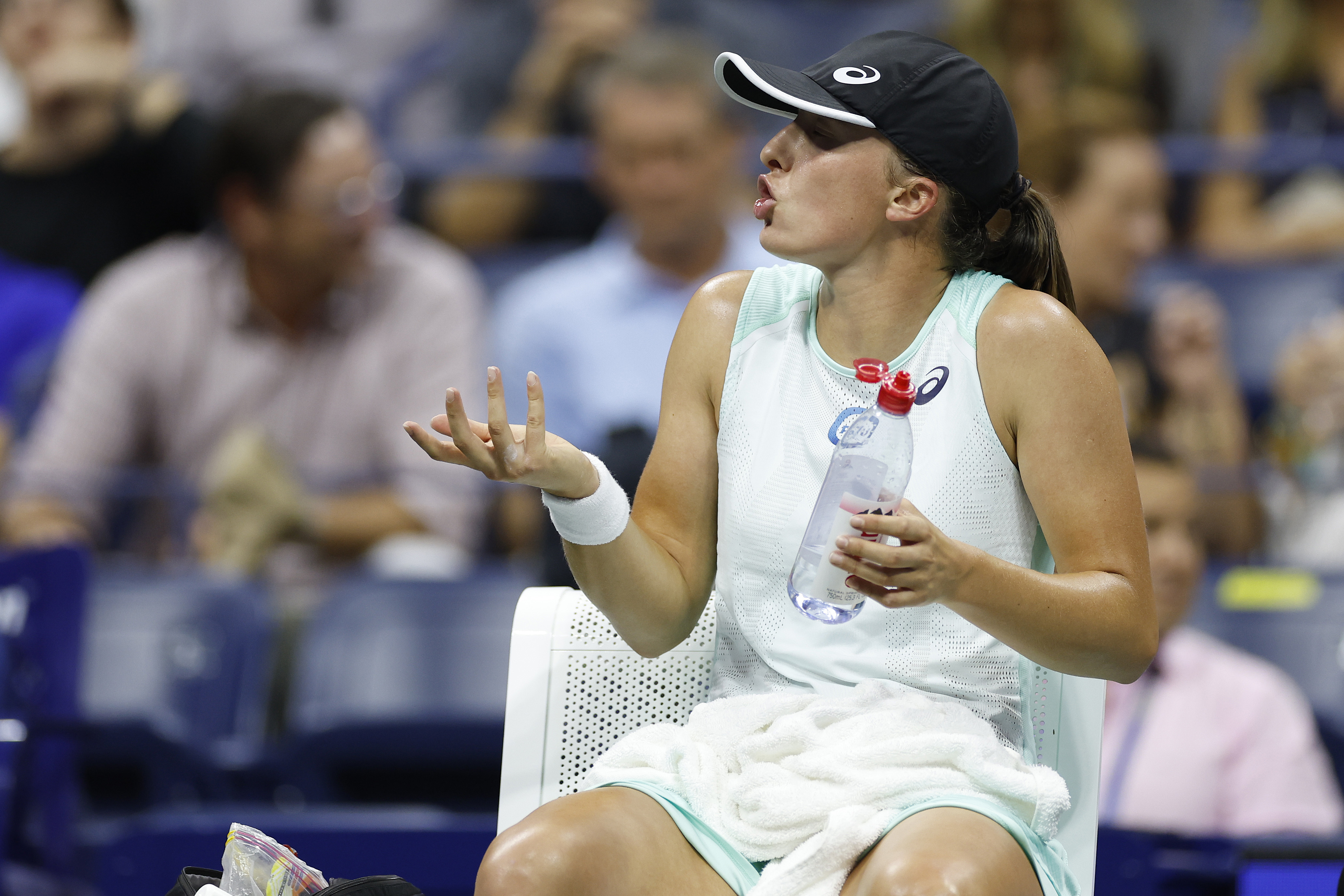 As of now, other singles players in position to compete at the WTA Finals whose countries are going to be in the Billie Jean King Cup include No. 4 Paula Badosa of Spain, No. 6 Jessica Pegula of the U.S. and No. 8 Coco Gauff of the U.S.

Swiatek wrote that her withdrawal “makes me sad” and added: “I’m very sorry, because I play for Poland whenever it’s possible and I always give it my best.”

She said she plans to “to talk to the WTA and ITF in order to change something. This situation is difficult not only for the players like me, but mainly for the tennis fans that support our sport.”

ITF President David Haggerty said his group is sorry Swiatek won’t take part in the team competition “and recognises that the schedule for the two major year-end events presents a challenge for players competing in both events. We have been working with the WTA to try to coordinate suitable dates.”

Haggerty added that the ITF changed the BJK Cup finals schedule so teams such as Poland and the US would start as late as possible.

“We are committed to working with the WTA on the 2023 schedule,” Haggerty said in a statement issued by the ITF, “so that we have a better transition between the two competitions.”

The WTA Finals were moved from Shenzhen, China, as part of the suspension of all tournaments in that country because of concerns about the safety of Peng Shuai, a grand slam doubles champion who accused a former Chinese government official of sexual assault.