DOHA: The issues around drinking and beer sales continue to rage on in Qatar – but for the nation’s existing watering holes, business is booming.

Steve Morgan is part of the management group at the Red Lion in Doha, which has had to turn fans away every night.

Morgan moved from London to Qatar four years’ ago and during the tournament has juggled both pub work and his other job as a realtor.

“I was looking for a new start four years’ ago, realised the World Cup was going to be here and chose Qatar on that basis,” he told Wide World of Sports.

“It works — I enjoy my day job but I also enjoy working with people, and that’s what this is about.”

On this particular day the pub was packed with Welsh and English fans, but Morgan said it’s been a melting pot since the tournament started.﻿ 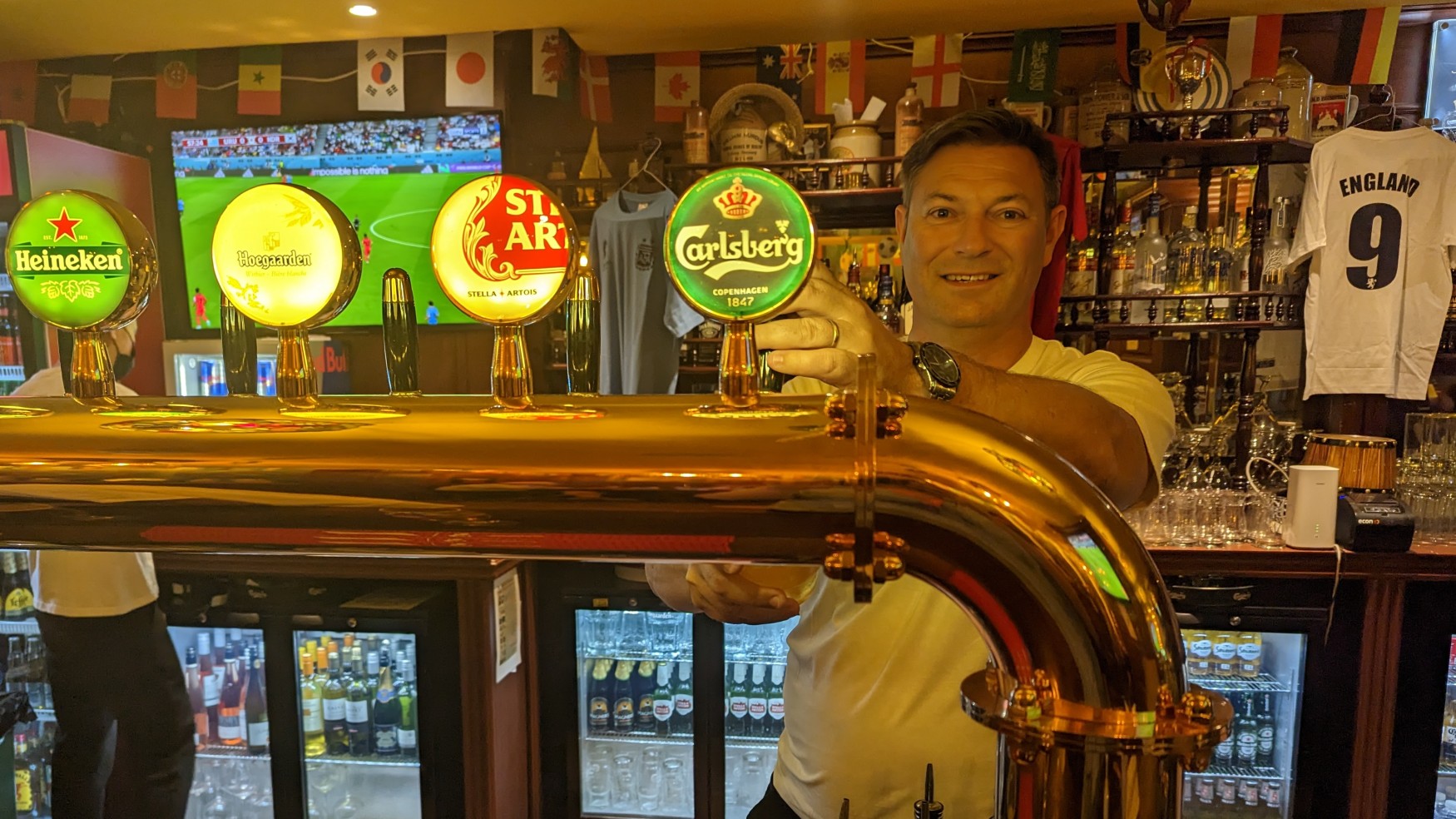 “One picture can speak volumes – we’ve got Mexicans at one end singing, Argentinians at the other end joining in, and a full table of Germans – at an English pub.”

The pub is estimated to hold about 400 people inside during the World Cup, but Morgan said that it’s not that dissimilar even in the weeks and months prior.

“You’re allowed to drink here, it’s not a huge issue – although there are less bars,” he said.

“I was slaying the media for that – it was frustrating to read but that’s what they do unfortunately.”

Backroom staff too good for journos in friendly

The travelling media pack have been regulars at Aspire Academy over the past week, but got the chance to go from spectators to players on Thursday.

Football Australia organised a match ﻿between the press and members of the Socceroos’ setup, including assistant coaches Rene Meulensteen, and Socceroos legend Tony Vidmar.

While the journalists got on top 1-0 early on, the class of the Socceroos staff shone through as they ran out 4-2 winners, with the team themselves serving as spectators from the gym nearby.

When he faced reporters later on, Graham Arnold did deliver a cheeky sledge at the talent on show – which made it clear why we write about professional football, rather than play it. ﻿

﻿Some of the reported attendances at the tournament so far have raised eyebrows, but none more so than the match between Switzerland and Cameroon – which had a reported crowd of 39,089 at the Al-Janoub Stadium, against a capacity of 44,325.

Wide World of Sports spoke with three separate groups of fans – each of whom told us that the stadium was either “half full” or “three-quarters full at best”.﻿

So far, plenty of bumper crowds have been reported even at grounds with massive chunks of empty seats visible.

As George Costanza once said, it’s not a lie if you believe it.

Serbian-born Milos Degenek fronted Australian reporters ahead of the crunch clash with Tunisia, which looms as the Socceroos’ best chance to get a win since the 2010 World Cup, recalling what he was doing when that clash with Serbia played out. 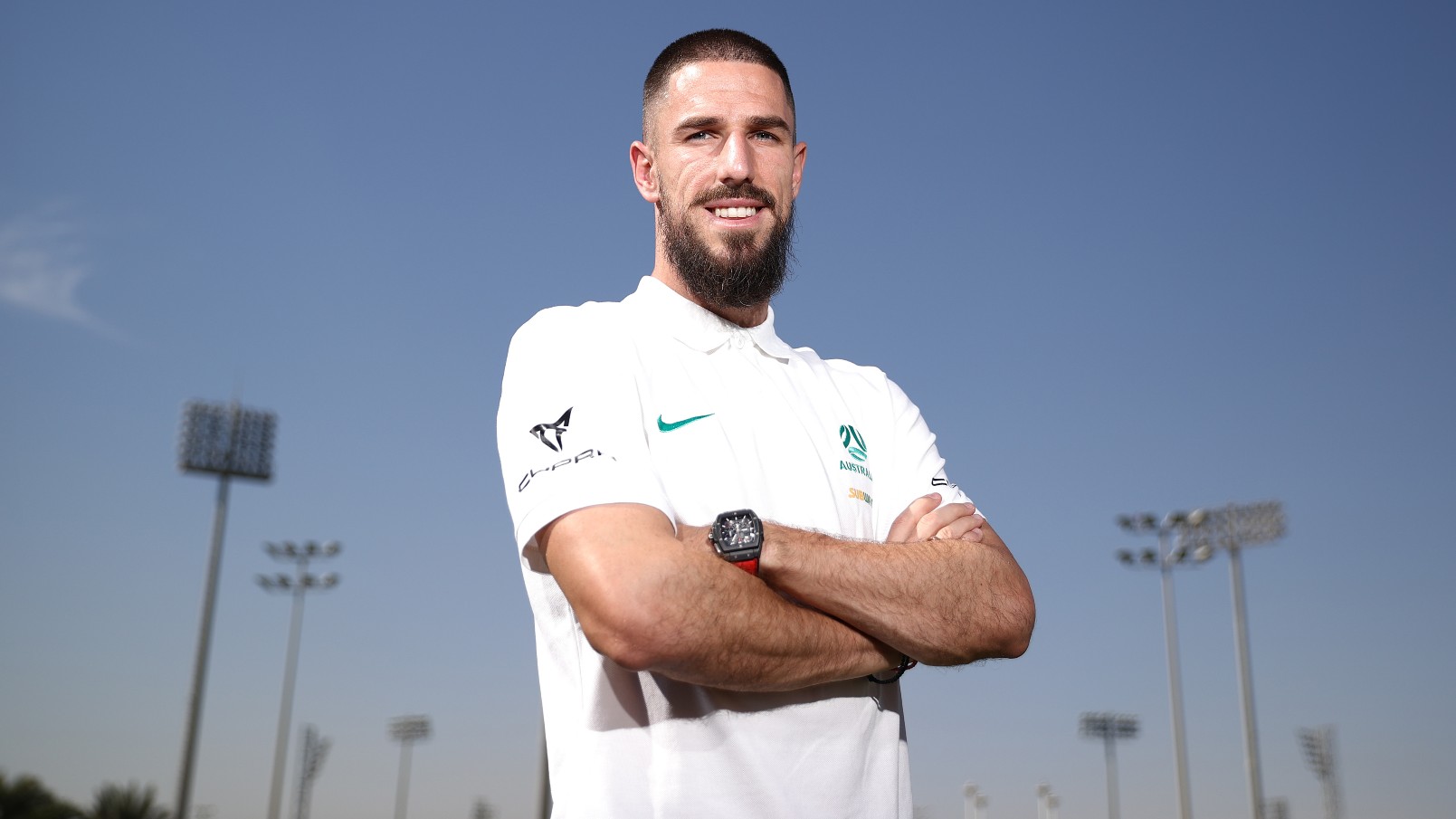 “Obviously at that time I was thinking Serbia should have won because I think Schwarzer had one of his best-ever games, and I remember Ivanovic having a sitter and then didn’t score, and I think Timmy scored and Holman, if I’m not wrong, and Australia won.”

﻿Australia would finish up with four points after the 2-1 win, but it wasn’t enough.

“Unfortunately we didn’t get out of the group because we drew with Ghana and lost to Germany,” Degenek said.

“But four points is sometimes enough, sometimes it’s not enough. But I think for us, we have the chance to get six points, so we’re gonna go for six points.”

There’s not been a more-iconic celebration in world football in recent years than Cristiano Ronaldo’s ‘Siu’, but with that comes the inevitability that someone will take the mickey.﻿

With Ghana trailing against Portugal late on (Ronaldo having scored the opener from the penalty spot), Red Star Belgrade forward Osman Bukari halved the deficit and ran to the corner to hit the Portuguese superstar’s trademark move, as the man himself watched on with bemusement from the bench.

Perhaps there’s ﻿a smarter time to do that than at 3-2 down in the 89th minute, but that doesn’t make it (or Ronaldo’s reaction) any less funny.