Brazilian star forward Richarlison has sent the Qatar crowd into raptures with an early contender for goal of the World Cup against Serbia.

The Tottenham star scored two goals – the second with a spectacular bicycle kick – to help Brazil to a 2-0 win.

In the 73rd minute, he used one touch to get the ball up in the air and then produced the spectacular aerial kick to put the ball in the back of the net (WATCH THE VIDEO ABOVE).

“Pick that one out (of the net). The first one routine, the second one … remarkable,” legendary commentator Martin Tyler said.﻿ Brazil had struggled to get past the Serbian defence until Richarlison scored from close range in the 62nd in a build-up that started with Neymar.

Vinícius Júnior assisted on both goals.

But Serbia had several players back and was able to keep Brazil from creating many significant opportunities. Neymar tried to control the pace but struggled to find space up front. He, Vinícius Júnior and Raphinha all squandered chances early on.

Brazil’s best chance before Richarlison’s opening goal had been a low long-range shot by Alex Sandro that hit the post only minutes earlier. Neymar had his best opportunities with a free kick in the 50th and a shot from near the penalty spot in the 55th.

The 30-year-old Neymar arrived to his third World Cup as Brazil’s main attraction. He helped the “Seleção” win the 2013 Confederations Cup and its first Olympic gold medal at the 2016 Rio de Janeiro Games, but has yet to win a major title with the full national team. 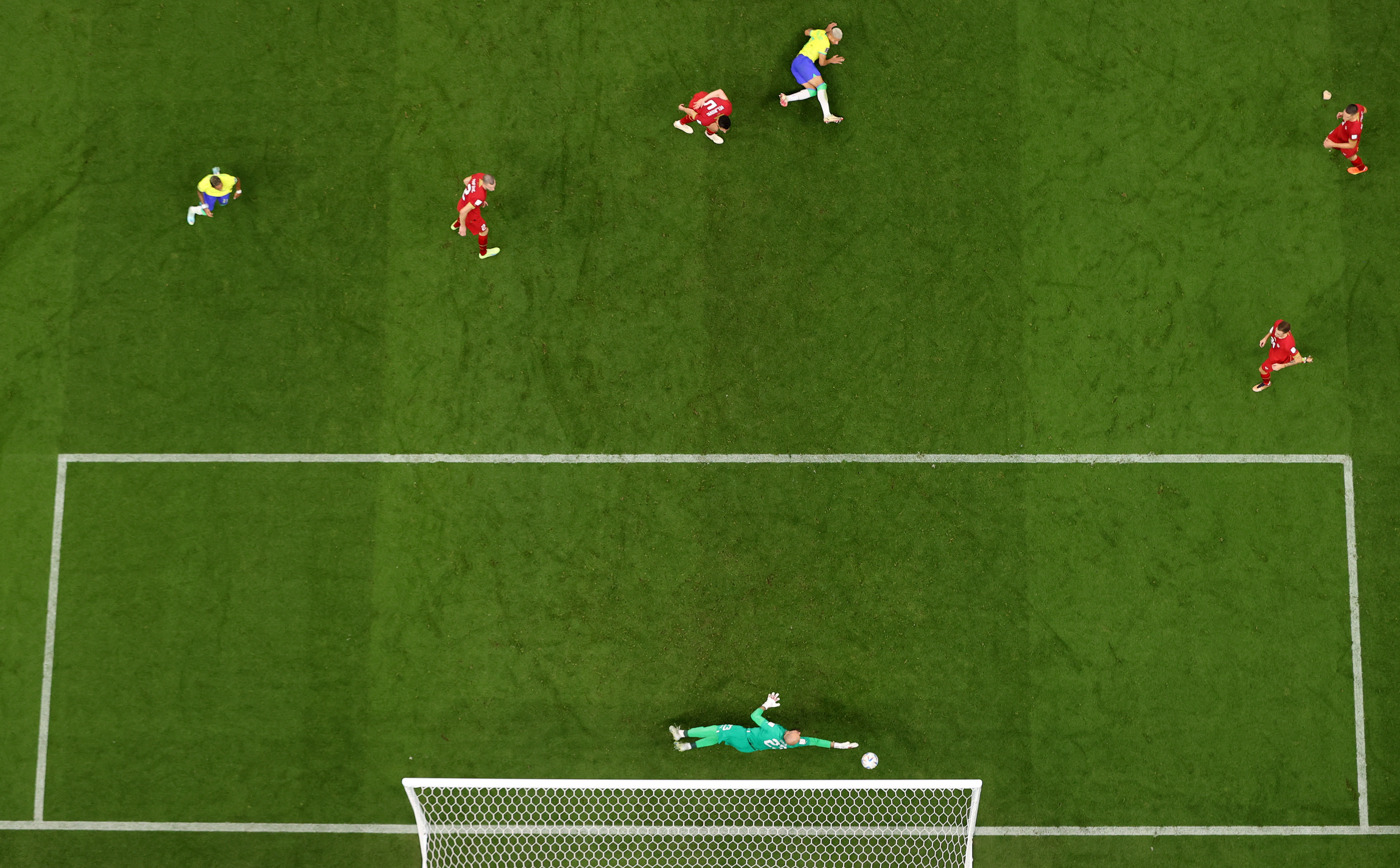 Brazil, trying to win its first World Cup in two decades, is unbeaten in its last 20 opening games, with 17 victories. It has finished first in its group in the last 10 World Cups.

In the other Group G match, Switzerland defeated Cameroon 1-0.

Brazil and Serbia also played in the group stage in 2018, with Brazil also winning 2-0 to reach the next stage at Serbia’s expense.

Since competing as Serbia in 2010, the the country has not advanced to the knockout rounds of the World Cup.