Portugal may have come away from their first World Cup match against Ghana with a 3-2 win, but very nearly gave two points away with a brain fade at the death.

With literally moments left in the match, deep into injury time, Portuguese ‘keeper Diogo Costa rolled the ball in front of him seemingly unaware Ghana striker Inaki Williams was hiding behind him.

Williams rushed forward in an attempt to score, but slipped over at a crucial moment, allowing defenders to rush back and clear the ball.

The Portuguese bench – including star striker Cristiano Ronaldo – could only watch on in horror. 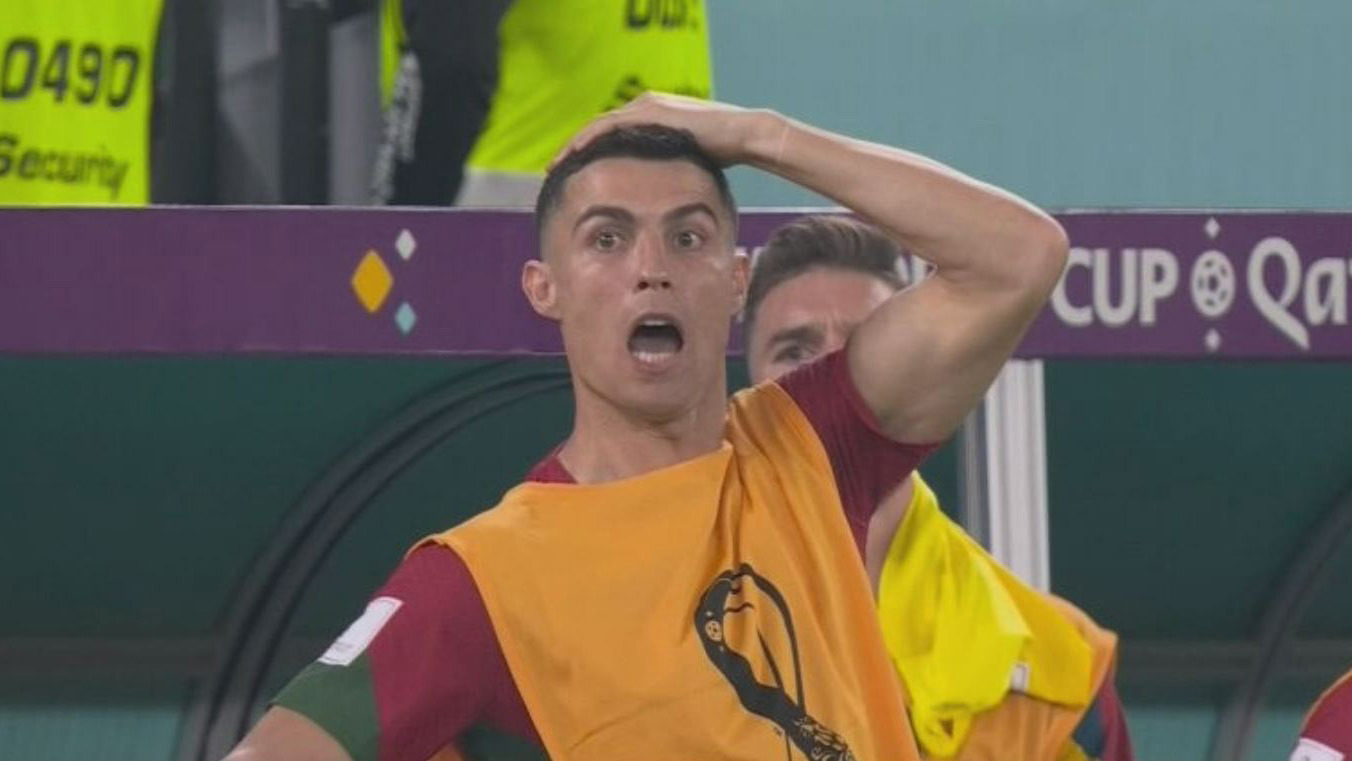 “That could’ve been a sensational end to this Group H match,” the commentator said.

Earlier, in the 65th minute, Ronaldo closed his eyes, took a deep breath and scored from the spot to become the first man to score at five World Cups to open the scoring for Portugal.

Andre Ayew equalised for Ghana eight minutes later, but Joao Felix regained the lead for Portugal in the 78th and Rafael Leao added a third. Osman Bukari reduced Ghana’s deficit in the 89th. 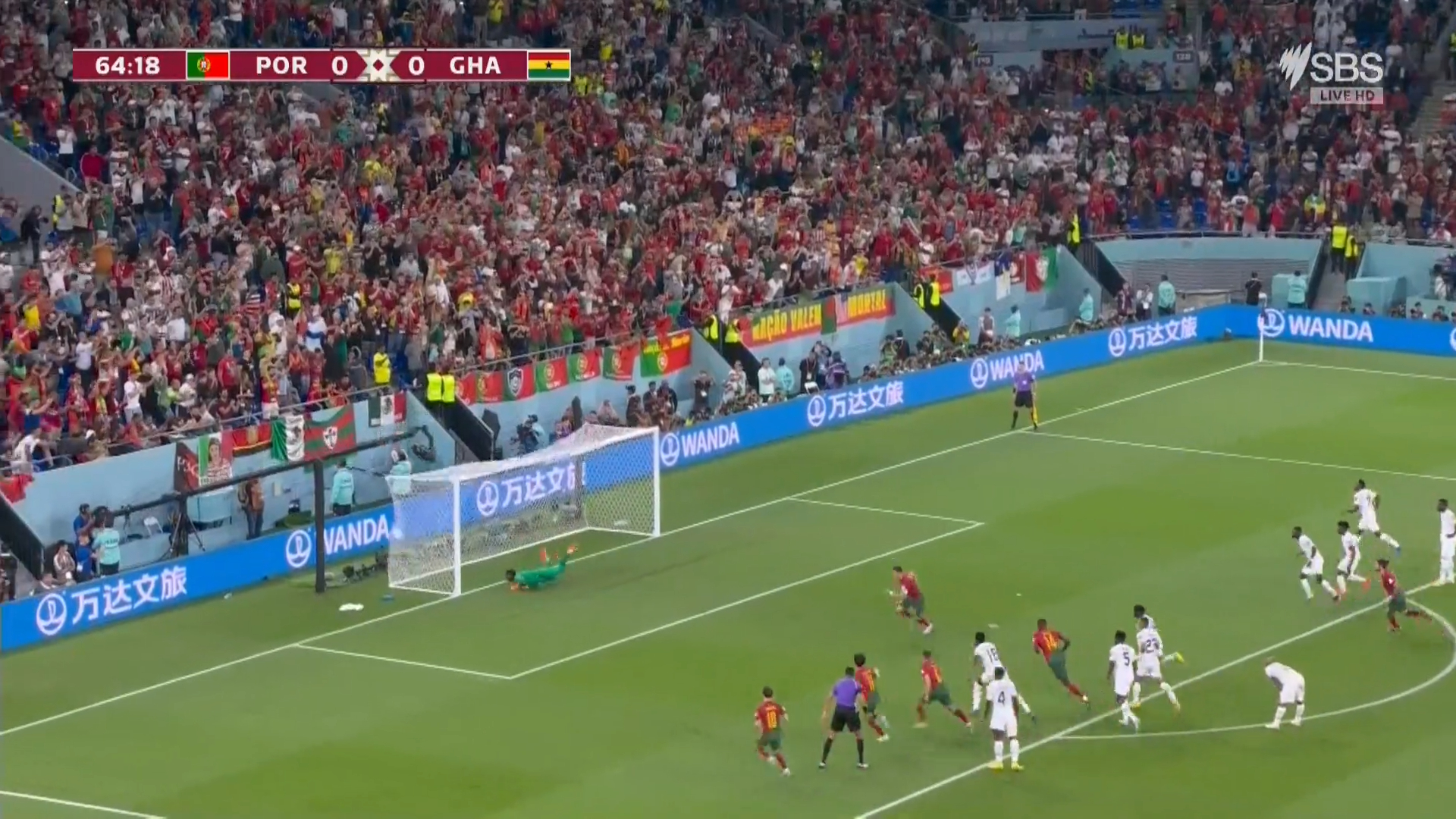 The 37-year-old Ronaldo was looking to showcase his talents to potential new clubs after having his contract terminated at Manchester United this week. After wasting two good chances in the first half, he tumbled under a challenge by Ghana defender Mohammed Salisu to earn a penalty.

Wheeling away after the ball struck the back of the net, a smiling Ronaldo performed his usual leap and swivel in the air – the crowd roared his trademark “SI-UUU” as he did the pirouette – before getting mobbed by teammates.

He has now scored in every World Cup since his first in 2006 and has a record 118 international goals.