DOHA: The Socceroos will welcome back star midfielder Ajdin Hrustic, as coach Graham Arnold rallied his troops to be “ready for war” in their must-win game against Tunisia.

Arnold repeatedly referred, somewhat facetiously, to the France game as a “friendly” – ﻿and to be fair, if you are going to be thrashed by one of the competition’s heavyweights, it’s better to get it out of the way early.

“Best friendly we could ever have – it’s a two-game tournament now. It was three games, but yes, we’ve got to win the next two, and there’s ﻿no better opposition to play against in a so-called friendly than France, that’s going to punish you for every small mistake the way they did,” he told reporters ahead of the Tunisia clash.

“It’s a great learning experience for a lot of those young boys out there. We had 11 debutants and that’s what it’s about, not only for this campaign, but for the next one as well.”

Arnold said the matter of picking the players up after the thrashing to France was simple enough – after all, they are professionals, and this is a World Cup. ﻿

“They were down, ﻿they were disappointed of course – but straight after the game we got back to the hotel and I grabbed them straight in a room and told them how proud I was of their work ethic and their commitment,” he said. 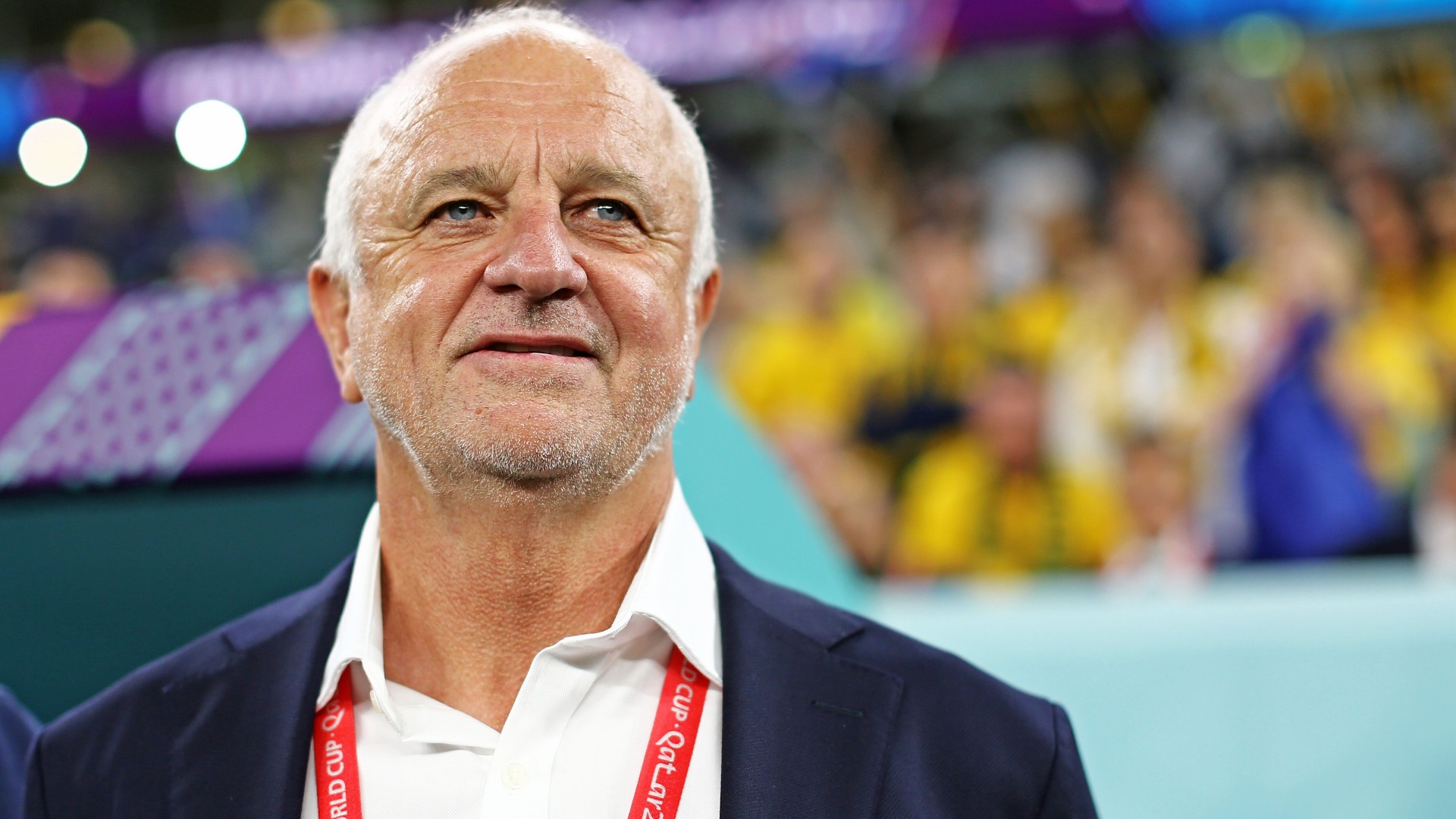 We won’t know what sort of tactical changes the Socceroos boss is envisioning in advance, but the goal is simple enough – more of what we saw early on against France, and throw out the rest.

“﻿That was the intention against France, to play much higher up the field, like we started in the first 30 minutes,” he said.

“We’ve got to do that for 90, but when you turn over possession so cheaply, you get pushed back – and that’s the technical side that we need to work on.”

One positive is that every player made it through the France game unscathed, and on top of that, Australia should likely see the return of one of it’s key players.﻿

“Ajdin Hrustic’s ankle is good – 95 (per cent), so the other five doesn’t matter. He can start,” Arnold said.

“We’ll see how he is over the next couple of days and making sure he’s ready to go.”

Tunisia will be backed by a raucous cheering section, as they were a couple of days’ ago against Denmark – and the Socceroos have to be prepared.﻿

“We’ve got to be ready for that war,” Arnold said.

“They are aggressive and they’re going to have 40,000 fans behind them and it’s going to be a truly amazing experience again for everyone.”