Wallabies great Tim Horan is perplexed at Noah Lolesio’s treatment by the Test selectors and fears the five-eighth could be a flight risk after next year’s Rugby World Cup.﻿

Lolesio was surprisingly named on the bench for Australia’s final game of the season against Wales in Cardiff, ﻿with Ben Donaldson instead wearing No.10 in his second Test.

Senior playmakers Quade Cooper (Achilles) and Bernard Foley (club commitments) were both unavailable and most expected Lolesio﻿, who has played 16 Tests, to be handed the playmaking keys at the Principality Stadium.

Watch Wallabies vs Wales and Springboks vs England this Sunday on the home of rugby, Stan Sport. All matches streaming ad-free, live and on demand 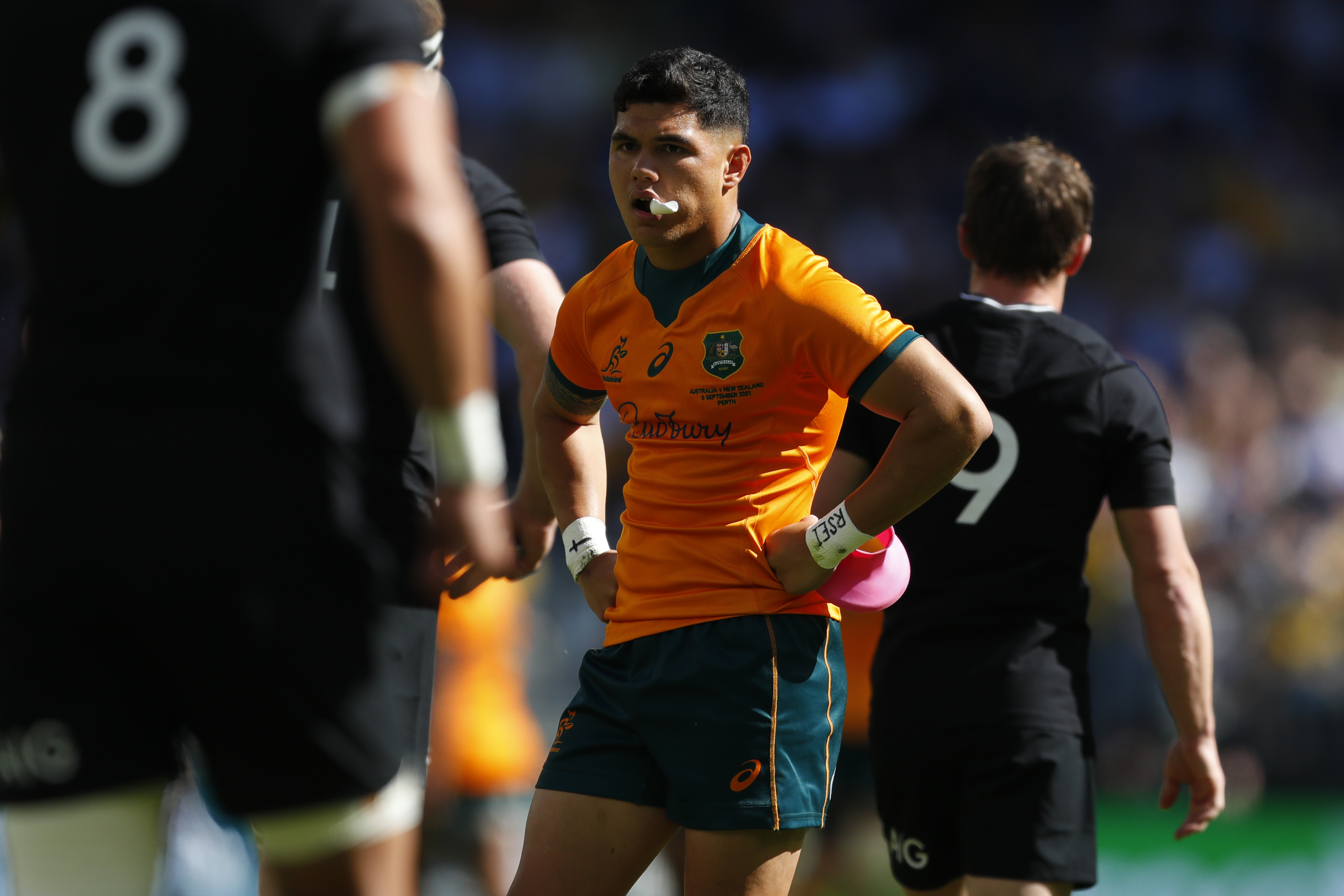 “What message are they sending?” Horan asked on Rugby Heaven on Stan Sport.

“I don’t understand what the selectors are trying to achieve or the coach (Dave Rennie) is trying to achieve with Noah. He is a wonderful player and I think he’s the 10 for the next five or six years for the Wallabies going forward.”

Fellow Rugby Heaven panellist ﻿Morgan Turinui was asked why Lolesio wouldn’t be given the opportunity to start.

“It’s because they don’t think he’s the 10 for the next five to six years,” Turinui replied.

“And I’m not sure why. Because the way that he’s been treated selection-wise means they don’t think the same way as Tim.”

Turinui did concede that there was little between Australia’s developing No.10s in ability.﻿

“You put Donaldson, Will Harrison, Tane Edmed and Carter Gordon, possibly further afield, behind the Brumbies pack and I’m not sure you see hugely different performances (to Lolesio’s). Now he is the one that has consistently performed at Super level better than anyone and he has had some excellent performances at Test level against France against South Africa in Adelaide.”

Horan, the two-time World Cup winner, was worried Lolesio could take his talents offshore he continued to struggle to nail down a spot.﻿ 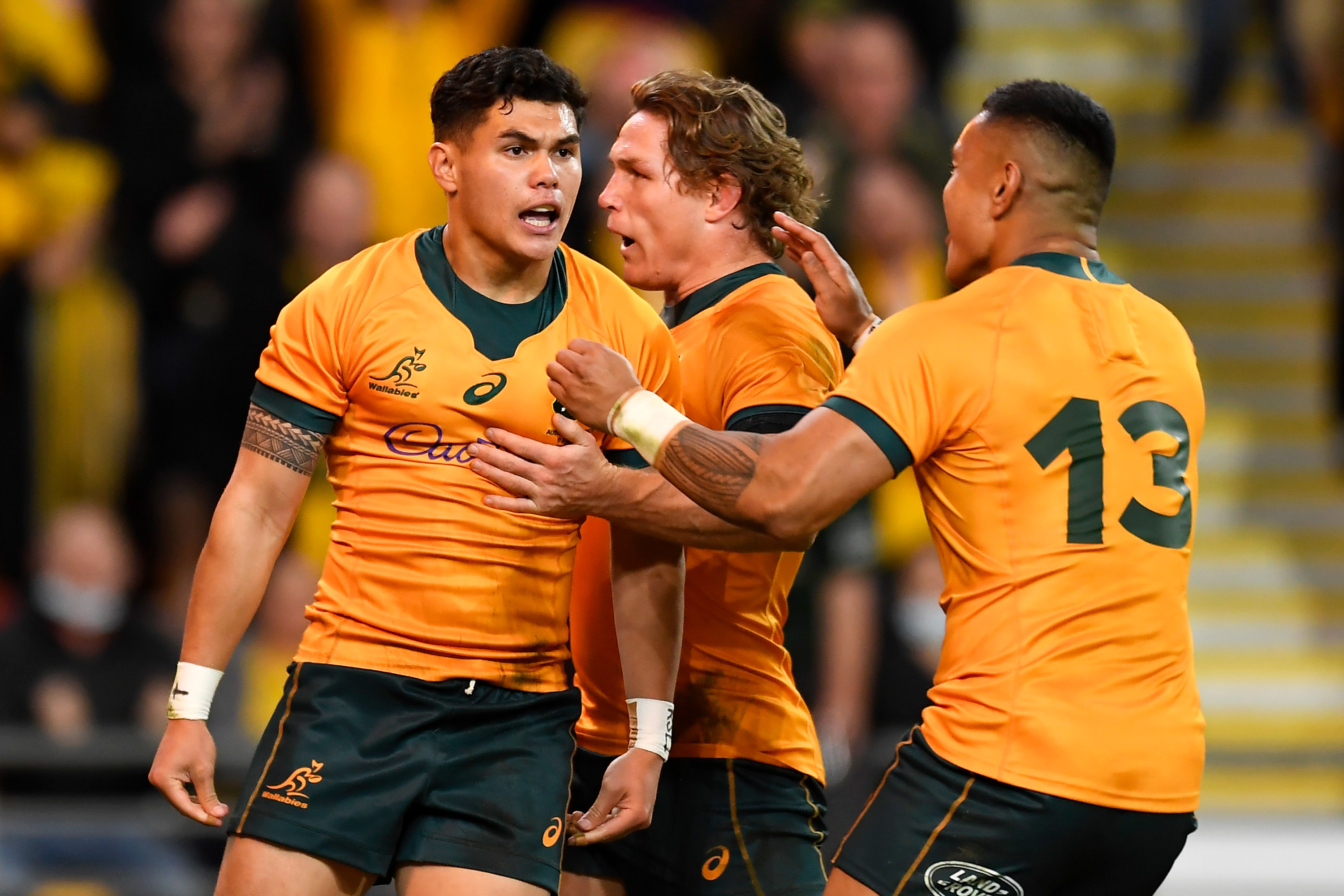 Cooper’s injury has complicated matters but Horan added it was crucial that Australia found a steady starting five-eighth. ﻿

“Every team that wins World Cups has got the big number 10. Handre Pollard with the Springboks in 2019 and of course Dan Carter (in 2015), so we need to find it.”

Rennie explained why he had opted for Donaldson over Lolesio.

“We want to learn a bit more about him,” Rennie said.

“He only got five minutes against Italy. Initially, we were thinking of getting him on the field early and we scored late, Noah kicks the conversion from the sideline and we’re down by three. When we’re down by six with five to go, we threw him out there to see what he can do.﻿

“He’s trained really well, has got a good skill-set and he’s developing the voice and the ability to boss people around. We need to see plenty of that and we’ve got familiarity with (NSW teammate) Jake (Gordon) playing on his inside and a fair bit of experience with (Reece) Hodge on his outside.

“We want to find out about Ben and his versatility helps in that he can play 15, certainly quick enough to play back there. We’ve got Noah with a fair bit of experience to come on late.”