The Diamonds 56-50 win over New Zealand in the netball Quad Series in Cape Town has been overshadowed by a bizarre umpire decision to deny the Silver Ferns a goal because neither umpire was apparently watching.

Mid-way through the final quarter, ﻿Ameliaranne Ekenasio shot what should have been her 10th goal of the night, but Silver Ferns teammate Grace Nweke and Courtney Bruce were involved in a scuffle off the ball that saw both end up sprawled on the floor.

Umpires Anso Kemp and Gary Burgess both admitted to missing the goal due to the distraction of the scuffle – despite replays showing Kemp watching the goal.

During a brief discussion, Burgess could be heard wrongly telling Kemp the goal “wasn’t scored” and declared Kemp should award Australia a throw in. 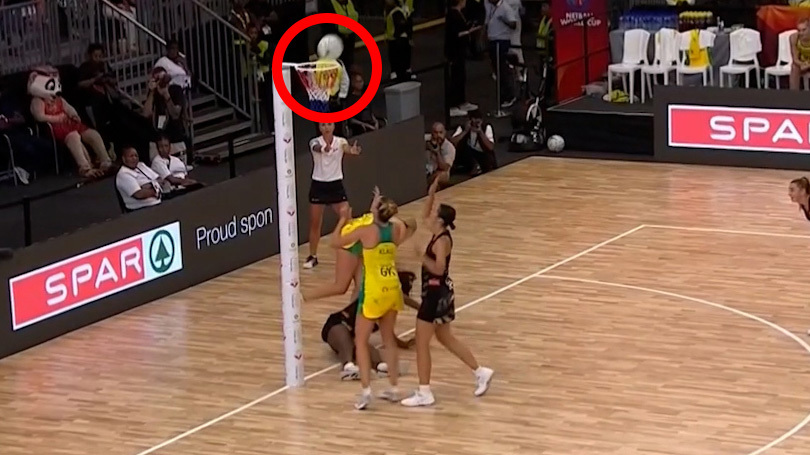 They eventually declared a toss up – a rarely-used method used usually when it’s impossible to determine who was the cause of a stoppage – would be contested.﻿

“This is nuts! We have proof of the goal being scored. We have seen everything now in this game,” she said. “How is it you have a situation where neither umpire sees whether or not the goal is scored? It’s extraordinary.

“Fascinating, I haven’t seen [a toss up] happen in any game I can remember.”

The rules of netball forbid umpires from checking with broadcasters for video evidence, but Woods suggested the umpires could have approached the bench, where the reserve umpire is watching. 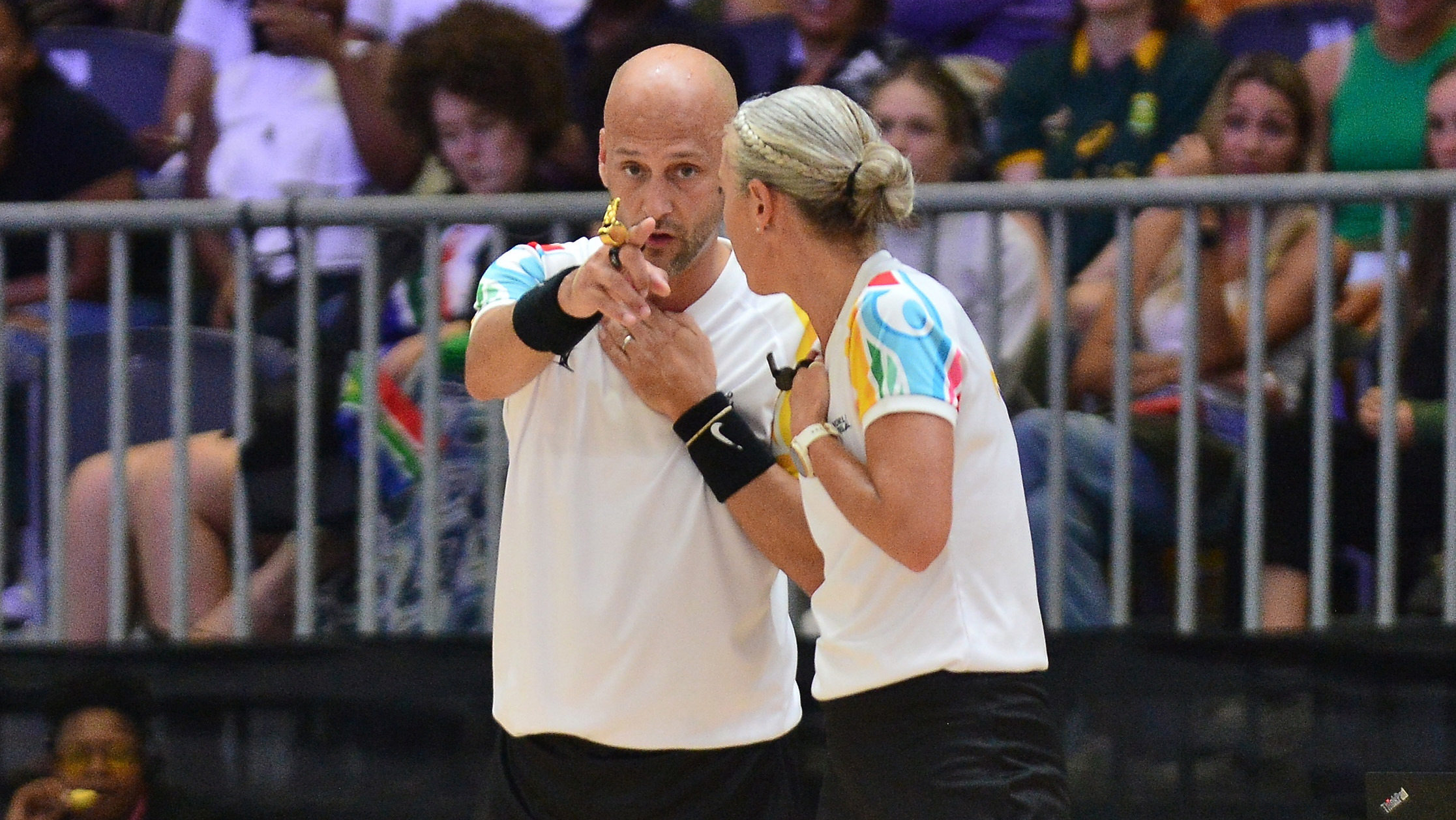 With the netball World Cup due to start in Cape Town in July, Woods suggested the error would no doubt be “a talking point”, and might lead to rule changes.

“Not a bad talking point right ﻿ahead of a world cup to make sure that doesn’t happen again. Wow. Wow, wow,” she said on Fox Sports. 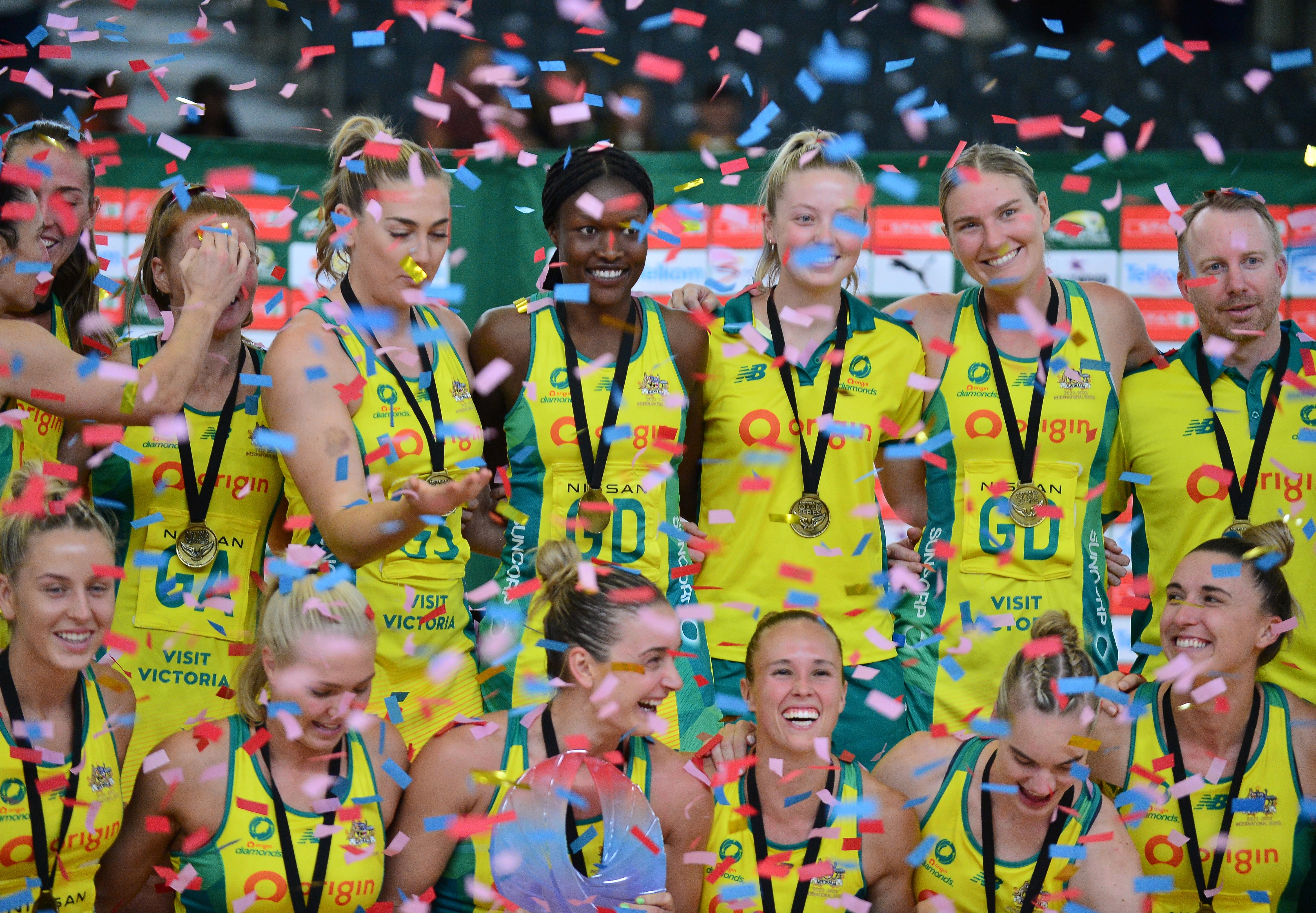 “I cannot believe my eyes,” she said.

The controversy took some of the sheen of Australia’s win – their seventh Quad Series title.

“Really happy with that one. We built something in this second match against the Silver Ferns. It’s a really great confidence builder for us – we put out a really great last quarter that we’ve been wanting to do this whole series,” Diamonds captain Liz Watson said.﻿